“Therefore, prepare your minds for action; be self-controlled; set your hope fully on the grace to be given you when Jesus Christ is revealed.”

In 1967 Navy pilot Charlie Plumb was shot down over Vietnam in his F-4 Phantom fighter jet. Captured by the enemy and held for six years in a POW camp, he was isolated in a tiny cell, tortured, abused, and humiliated. At a young age he had accepted Christ as His Savior, and now those Bible verses he’d memorized and hymns he’d learned sustained him for the 2,103 days of his imprisonment. His mind focused on the fact that God was real. He clung to Romans 8:28, “that in all things God works for the good of those who love him, who have been called according to his purpose.” Plumb’s heart and mind belonged to the Lord; the enemy could not take them away.

I’ve been grateful for pastors throughout my life who have prepared me for inevitable confrontations to my faith in Christ. I’ve been made fun of. I’ve met up with others who argued issues of faith with me. I’ve been told I was wrong for believing in Jesus. Yet the verses memorized and hidden in my heart years ago have sustained my faith when I’ve been challenged. 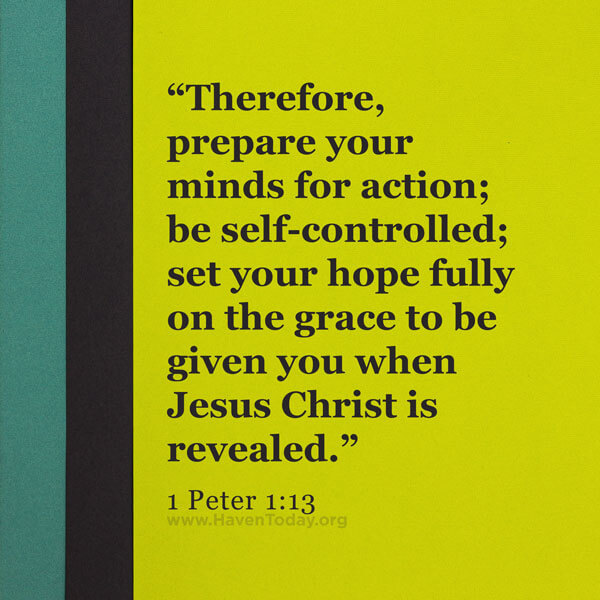 Memorize Scriptures. Anchor God’s truth in your spirit. This is a major part of preparing your mind for action.