“What will you do on the day of reckoning, when disaster comes from afar? To whom will you run for help? Where will you leave your riches?”

Isaiah 10:3
Wisam’s ID card says Christian, though until recently that word described his family history more than his personal faith. Born again or not, having “Christian” stamped on an ID can get you killed in Iraq. As ISIS moved on Mosul in 2014 (the city once known by the biblical name Nineveh), Wisam heard that they planned to impose an ancient Muslim tax upon Christians. He was rich and guessed that he’d be able to continue trading in gold, but after hearing more about ISIS, he chose to escape. He gathered all the gold he could find and headed out of the city.
An ISIS squad stopped him, took his gold and his car, threw his shoes into the desert night, and left him to trudge 25 miles to the Kurdish militia. There, he was rescued by Christians whose faith went deeper than their ID card. They were lovers of Jesus. They gave him a Bible and introduced him to the Jesus he’d never known before.
Today, Wisam will tell you that though he is poor, he has riches beyond compare. As is often the case, it took losing it all to understand that. 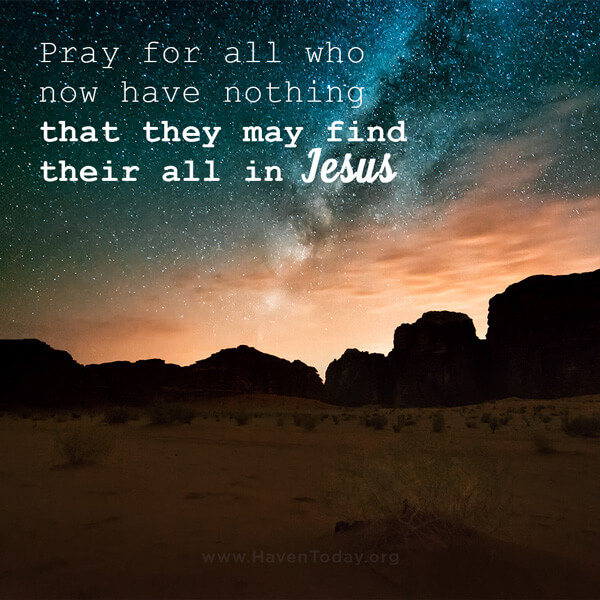 Pray for all who now having nothing, that they may find their all in Jesus.