“You will keep in perfect peace him whose mind is steadfast, because he trusts in you. Trust in the LORD forever, for the LORD, the LORD, is the Rock eternal.”

I was 23 years old, single, and living in a small town outside Portland, Oregon, in 1973 when I accepted Christ as my Savior. There were many times I felt lonely until I heard The Haven of Rest radio program. What comfort and encouragement it gave me nightly!
I owned a hair salon on the main street in town. One day as I and another hairdresser were tending to clients, an angry man with a gun barreled through the front door. He screamed at us ladies to line up against the wall while he pointed his gun at us. The sheriff (who was also a pastor in town) came charging in after him. The gunman shot the sheriff, and the sheriff returned fire. Wounded, the sheriff grabbed hold of the gunman and dragged him outside. Then the gunman fired again, but the sheriff returned a fatal blow.
The Haven of Rest program ministered even more to me after that. The Lord used it to bring peace late at night when I struggled with the memory of this traumatic event. I saw directly how the Lord keeps in perfect peace the one whose mind is fixed on Him. 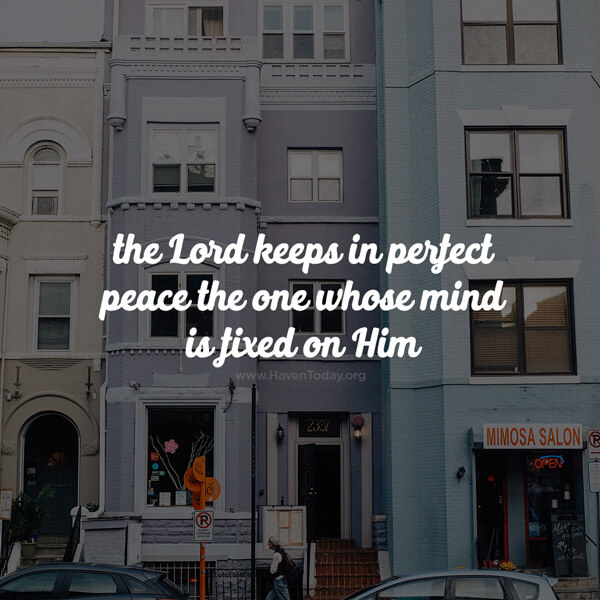 Sandy, 69, lives in Woodland, WA, where she has been a faithful Haven listener for decades.