“But Joseph said to them, ‘Don’t be afraid. Am I in the place of God? You intended to harm me, but God intended it for good to accomplish what is now being done, the saving of many lives.’”

Genesis 50:19-20
Sometimes God lets us peek behind the curtain to see how He is working to unfold His will in history. Joseph is given a peek behind the scenes of God’s plan to save many from starvation. Had he not been sold into slavery by his brothers or thrown into an Egyptian jail, he would never have come to the influential role he played in Pharaoh’s court.
God knew just what He was doing, and now Joseph finally understood. His suffering served a redemptive purpose. Many generations later when Jesus died on the cross, the curtain of the temple was torn from top to bottom. It was as if God were saying, “Now you have full access to me and my purposes through my Son. He suffered greatly to reveal my great plan to save many!”
We can trust God that He is redeeming all of our situations—even our agonizing ones. When we look into His face, we understand that He intends to redeem the sufferings of this in-between life we lead. We can trust Him fully because He went to the end and back for us, and we now walk in His footsteps! 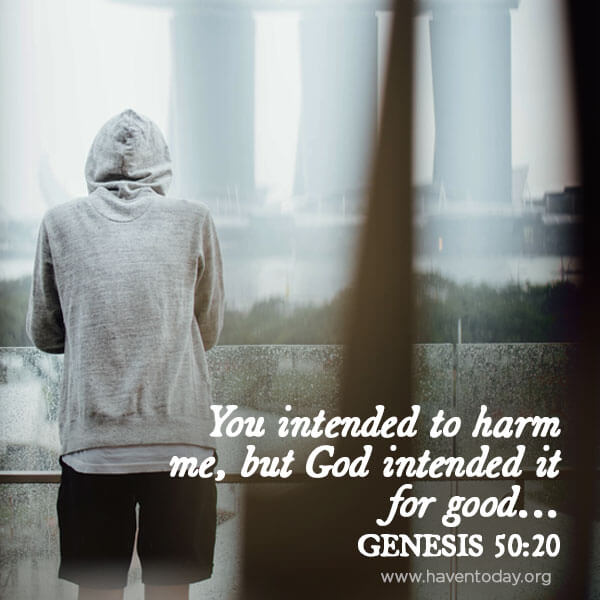 Ask God to give you faith today that Jesus is redeeming all things, even the circumstances in your life you cannot fully understand.