“How good and pleasant it is when brothers live together in unity! For there the LORD bestows His blessing, even life forevermore.” Psalm 133:1, 3b

My husband is  a volleyball coach at a nearby college. At his first practice he gives a talk on unity. He speaks about building, preserving, and protecting unity. He warns that talent doesn’t go far without it, having seen some of the most skilled but divided teams fall apart on the court. He tells his athletes to expect problems but then gives instructions on how to “plead a case with integrity” (see Isaiah 59:4) since many a sports team (or business, church, or family) has been dismantled due to a lack of unity.

Often problems that develop between people are misunderstandings which can be resolved when we speak respectfully and truthfully with one another. When there is actual wrongdoing involved, the Bible instructs us to meet with the offender and discuss the matter “just between the two of you” (Matthew 18:15). Peace may arise from that one-on-one meeting.

Jesus left heaven, went to the cross, conquered Satan, and came back alive, all to preserve the unity between Him and His beloved ones like you and me. 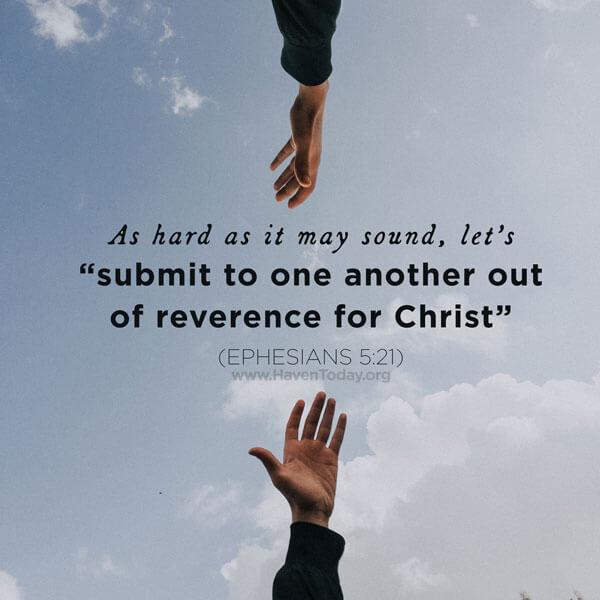 As hard as it may sound, let’s “submit to one another out of reverence for Christ” (Ephesians 5:21).