“God made him who knew no sin to be sin for us, so that in him we might become the righteousness of God.”

Sometimes I’m oppressed by guilt for sins already confessed. Condemning thoughts berate me when the same old sin rears its head in my life again. Maybe you too know how this feels. In those moments, we need the powerful truth of the gospel.

Paul states the good news of what Jesus has done for everyone who believes in Him. When He willingly died on the cross, He became our sin and suffered the just wrath of God for us. He was condemned in your place so that you will never be condemned again. It’s as if Jesus took the thick ledger entitled “All of [Insert Your Name]’s Sin,” put His name on the cover, and paid the debt you owed.

Yet that’s only half of the good news. Paul also says that when we trust in Christ, we have His righteousness credited to us. Imagine a second thick ledger entitled, “All of Jesus’ Righteousness.” He lived a perfect life of faithful, loving obedience to His Father. And now He freely credits that perfect record to you! Even though you still sin, you are righteous in the sight of God in Christ. 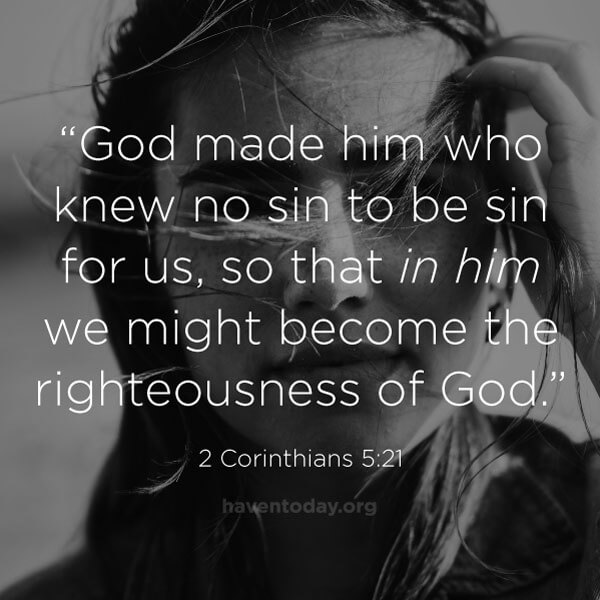 When you are oppressed by guilt, you can overcome by remembering that Christ took your sin and gave you His righteousness.