“My prayer is not for them alone. I pray also for those who will believe in me through their message, that all of them may be one, Father, just as you are in me and I am in you.”

When I began ministry as a youth pastor, I went to a conference at the Navigators headquarters in Colorado. Dr. John Mitchell, co-founder of Multnomah University (then Multnomah School of the Bible) was the speaker. All week his talks focused on John 13-17. Morning and evening we listened to Dr. Mitchell’s teaching, much of which included quoting of New Testament passages that he knew by heart. God’s truth from those chapters is still etched in my mind many years later.

In John 17 we learn that God’s people are to have the same kind of loving, committed relationship with each other as the Father and the Son have with one another. Imagine the powerful impact on the world that a united people of faith can have! Imagine if there were no petty divisions, only unity within our individual identity in Christ. We would be much more effective in our calling as Christians to bring people to Him.

Jesus prayed for you and me that we would be of like mind and heart with Him so that the world may believe Jesus is the Savior. 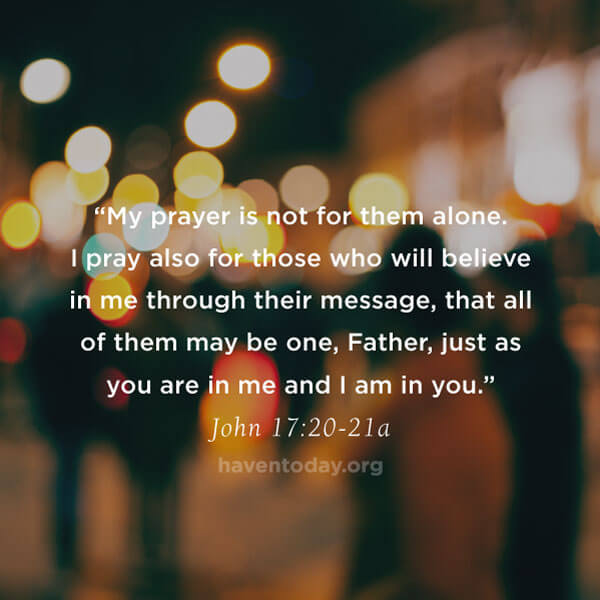 My life must offer Jesus to others as the One who is “altogether lovely” (see Song of Solomon 5:16), not just necessary.