“Nathan replied, ‘The Lord has taken away your sin. You are not going to die. But because by doing this you have made the enemies of the LORD show utter contempt, the son born to you will die.’”

When the young soldier in my office mentioned that the killed airman was Captain Dave Lyon, I thought, I know that name. Sure enough, I soon realized that Dave was a young Christian I counseled and prayed with months before. His wife, Dana, who had attended our army chapel services, was only about a mile away from her husband when he was killed.
Even as I counseled the soldier, something inside of me was stirred. It was the deep loathing of death. Dave, a baby Christian, had told me how he had come to know the Lord. I knew of his hopes and dreams, and it was simply heartbreaking to think of his life being cut short so soon. Surely he hadn’t awakened that day expecting to die.
King David would rightly have expected to die after his affair with Bathsheba and the planned murder of her husband, Uriah. But God took David’s firstborn son instead. It is sometimes hard to understand His providence. Remember that in God’s providence the One least deserving of death took death on the cross for you and me that we might live! 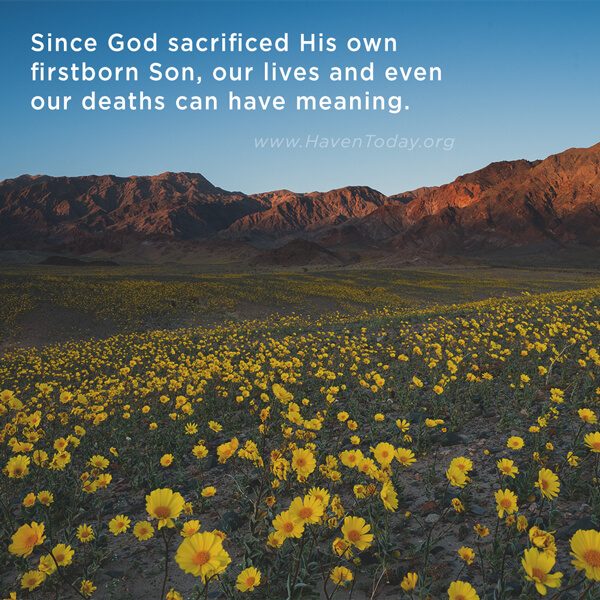 Since God sacrificed His own firstborn Son, our lives and even our deaths can have meaning.