“God made him who had no sin to be sin for us, so that in him we might become the righteousness of God.”

Do you recall a time when you were a child and had done something wrong, but the blame was pinned on someone innocent? Perhaps the other guy just happened to be in the wrong place at the wrong time, so he looked like the guilty one. You might have felt a little badly for him, but you also were relieved that you’d gotten off scot-free.

Jesus didn’t just happen to be in the wrong place at the wrong time when He came to earth for us. Of His own accord He took our punishment on the cross. Hanging there, He not only looked like the guilty one, He became sin for us.

Today’s prisoner-contributor observes, “I have been redeemed. Guilt cannot compete with Christ’s gift of the cross. I will stand before the Lord, clothed in His righteousness and forgiven of every sin. Guilt hounds me every day, and in prison the fear that goes with it can make a person vulnerable. But my confidence is from Jesus who has secured my place in His kingdom. This confidence makes me less of a target and more of an ambassador for Him (see v. 20).” 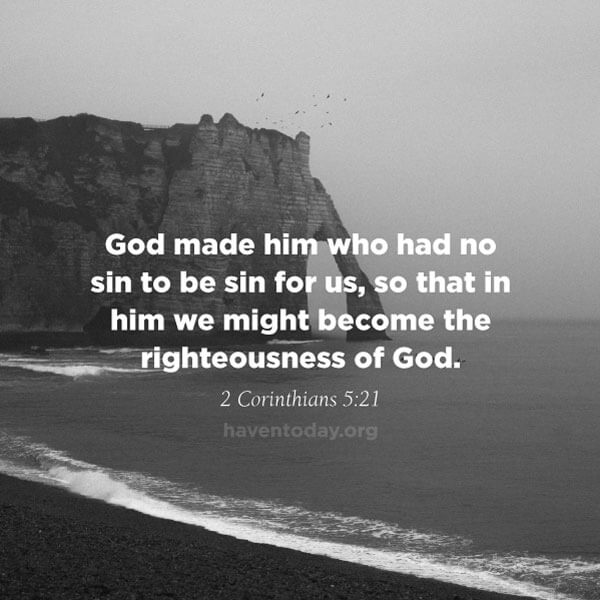 Pray for Brandon, 35, who has served 13 years of a life sentence and is thankful to be washed clean in the blood of the Lamb.