“If any of you lacks wisdom, he should ask God, who gives generously to all without finding fault, and it will be given to Him.”

James 1:5
Upon learning that his fiancée was pregnant, Joseph could have publicly shamed Mary and divorced her privately. He certainly would have considered these possibilities. But Matthew tells us Joseph was righteous, and he tells us this before Joseph was told of Jesus’ supernatural birth. He was righteous because he was both committed to following the law—divorcing an unfaithful spouse—and doing it in a compassionate way. He was a faithful follower of God who would do the right thing when it cost him the most.

Imagine Joseph’s fitful nights, pacing in restless confusion. He didn’t decide what to do out of anger, as indeed  you or I might. He wasn’t irrational. For a young man who had just seen his life turn upside down, he demonstrated remarkable grace and poise. He carefully assessed the situation and made the choice that would be best for Mary.

Sometimes these details seem like footnotes to the Christmas story. But let them speak loudly into your life. The Lord guided Joseph so that this “footnote” would reveal His perfect storyline. 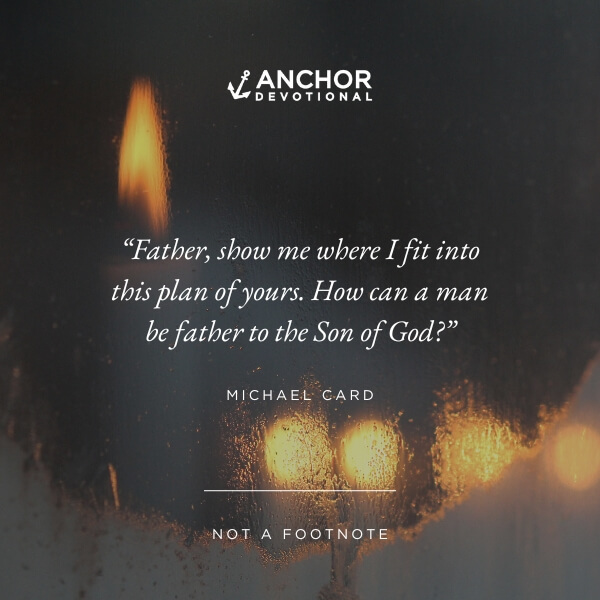