“But before all this, they will lay hands on you and persecute you… and all on account of my name.”

Luke 21:12
We read news accounts of tortured Christians. But have you or I ever been persecuted on account of Jesus’ name? My answer would have to be, “No.”
Yet this is what Jesus Himself said would be a mark of the coming of the end of this world. There would be many falsely claiming to come in His name, wars and unrest, natural disasters, persecution for His namesake. Jesus’ words spoken to us centuries ago sound very current, don’t they?
Peter wrote that we should not be surprised about trials we may suffer. In fact, he said, we should rejoice to be insulted and to share in the sufferings of Christ. These are remarkable things for Peter to communicate since he had earlier revolted against the thought of Jesus suffering and dying. “Never, Lord!” he argued in Matthew 16:22.
But Jesus plainly stated that to the bitter end, we would need to take up our cross to follow Him. He already hung on the cross that mattered, suffering there with your name in His heart, so that the namesake of His heavenly Father would be held high. 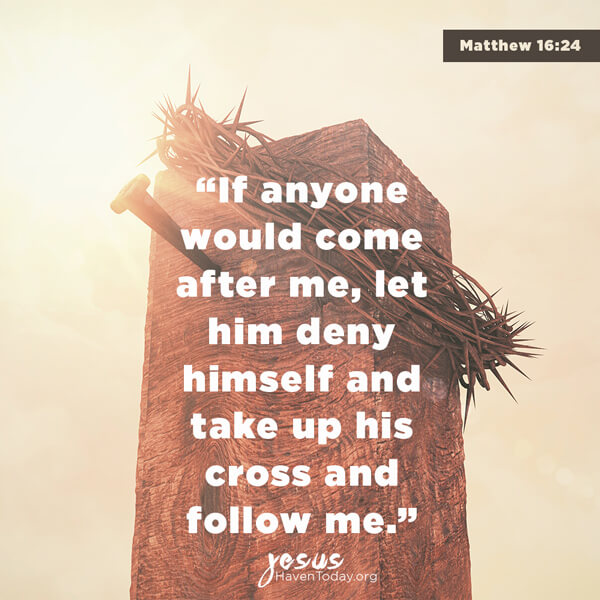