“How great are his signs, how mighty his wonders! His kingdom is an eternal kingdom; his dominion endures from generation to generation.”

Daniel 4:3
King Nebuchadnezzar built a name for himself, that’s for sure. The dominating power, lavish riches, and arrogant self-exaltation that characterized his Babylonian reign some 500 years before Christ are still known of today. When he built his 90-foot- high golden image and commanded everyone to bow to it, he was trying to show the world his greatness. All Nebuchadnezzar wanted was his name to be supreme.
Such human efforts must look silly to God. He changed the heart of the king through wondrous signs so that the one who wanted a name for himself was instead proclaiming God’s great name. “Now I, Nebuchadnezzar, praise and exalt and glorify the King of heaven, because everything he does is right and all his ways are just” (Daniel 4:37).
But did this king acknowledge God as the only true God? Probably not. More likely, he saw Him as the highest of all his gods. No matter… God used the humbled heathen king to help keep alive the knowledge of His kingdom. The gospel of the Christ, whose name is above all names, would go forth. 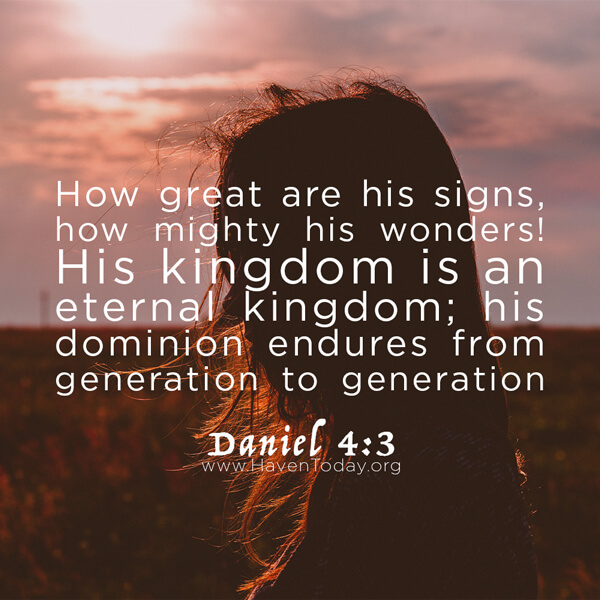 “Once people stop believing in the God of the Bible, they don't believe in nothing—they begin to believe in anything.” (Alistair Begg)