“I have been reminded of your sincere faith, which first lived in your grandmother Lois and in your mother Eunice and, I am persuaded, now lives in you also.”

2 Timothy 1:5
I hope many of you reading this have had mothers and/or grandmothers who have influenced you positively, especially as believers. We’ve all known of faithful matriarchs who have poured everything into little ones who later grew up loving the Lord. To testify, “I had a grandma who taught me the Bible and prayed for me,” would indeed be a privilege.
Paul commended the sincere faith of Eunice and Lois, the same faith he saw in Timothy. It was customary for Jewish boys under the oversight of their fathers to memorize passages of the Hebrew scriptures in preparation for synagogue service. But according to Acts 16:1, Timothy’s father was a Greek, and we have no evidence of his conversion to either Judaism or Christianity. So a godly mother and grandmother accepted responsibility for the spiritual training of this small child. They had no idea he would one day be instrumental in spreading the gospel of Jesus Christ to the world.
What you invest in a young person’s spiritual life is important. Praise Jesus today for those who invested in you! 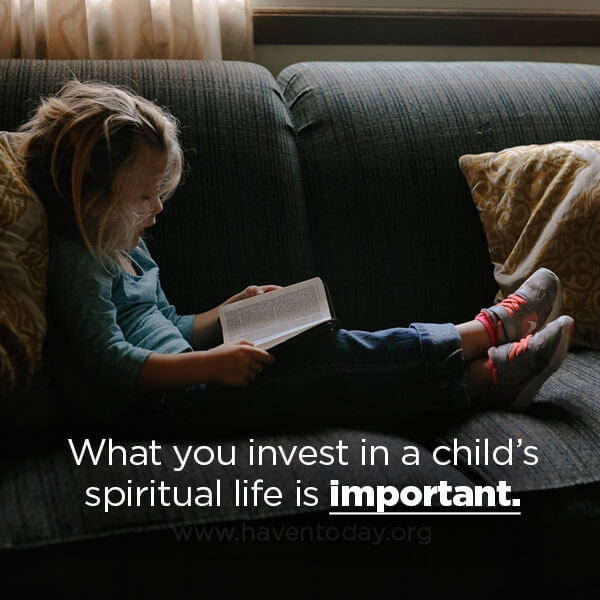 The training of children is significant; the next child or grandchild you influence may have the impact of a Timothy.