“And Mary said: ‘My soul glorifies the Lord and my spirit rejoices in God my Savior, for he has been mindful of the humble state of his servant. From now on all generations will call me blessed.’”

Luke 1:46-48
Mary, a Jewish teenager, pregnant out of wedlock, has just received confirmation that the child within her is the Messiah. She understands that she is at the crossroads of redemptive history, juxtaposing the generations from Abraham up until herself and the generations following her. “From now on…”
She understands that the promise given to Abraham was being fulfilled through the baby in her womb, sealing the eternal nature of the promise. She exhibits both a deep humility and a great confidence in God and His purposes. She realizes her fame has nothing to do with who she is, in and of herself. The glory is that God has chosen to use her at this crossroads.
If you have ever felt small but have seen how God used you to bless others at a significant intersection in your life, you can relate a bit to how Mary felt when she wrote this song. Sometimes God shows us His plan quite clearly. Sometimes it remains a mystery. But either way, He uses humble servants who trust in His mercy and His mighty arm to do His work. 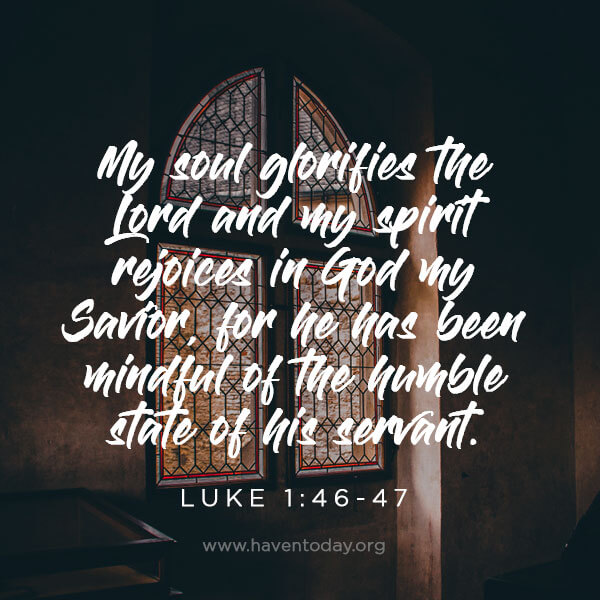 “So, I ask thee for the daily strength, to none that ask denied,/ content to fill a little space, if thou be glorified.” (Anna Letitia Waring, 1850)