Martin Luther had an impressive moral resume. He was a dedicated Augustinian monk. Like Paul, Luther could say, “If someone else thinks they have reasons to put confidence in the flesh, I have more.” But also like Paul, once Luther understood that he was not declared righteous by his fine record of deeds but by God’s free grace, he would say that all such résumés—however impressive—should be crumpled up and tossed in the garbage.
Many of us live as though our lives were one long job interview with God. We think that if we can’t present extraordinary qualifications, we will be rejected. But God doesn’t want to see our résumés. It has too many gaps and fabricated facts. If it were up to us, we would be out of the running so fast our heads would spin. We’d be passed over and forgotten.
There’s only one thing God wants to see, and once He has, we’re accepted forever—it’s Jesus! God doesn’t look at us and our record. We shouldn’t either. Rather, look up by faith to what God requires: Christ and His righteousness alone. 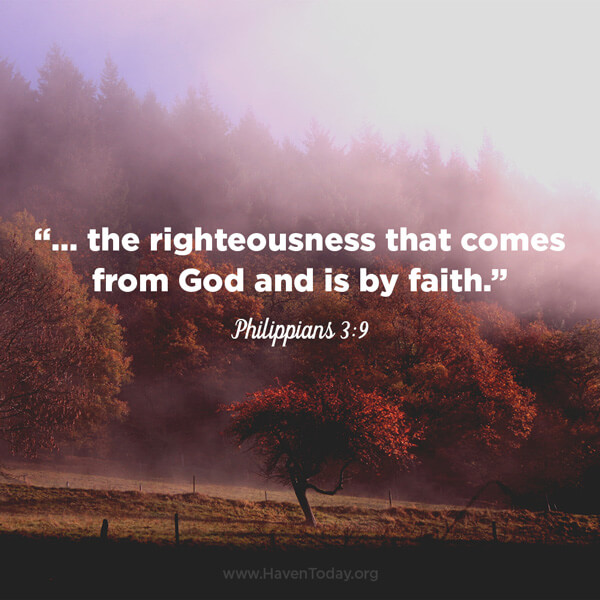