“I tell you the truth, anyone who has faith in me will do what I have been doing. He will do even greater things than these, because I am going to the Father.”

John 14:12
When I was a boy, I wanted to grow up to be like my dad. Whatever he did, I wanted to do, too. It’s natural for kids to mimic their parents and follow in their footsteps. The role parents have is vital then, isn’t it? If the paths our own fathers have taken are reckless, trouble often follows. Thankfully, we have been brought into the family of God where we have the perfect image of Father and Son to see.
Jesus boldly promised us that we can live as He did on earth, that we could, in fact, do even greater things because He was going to His Father. Jesus’ ascension to heaven launched the Holy Spirit into our hearts, transforming us more and more into the image of Jesus Christ. The Spirit would cause us to desire to be just like our Father, giving us the ability to live powerfully for His name.
Don’t feel very powerful? Full of regret because of who or what you’ve followed hard after? Whether you are behind prison bars or behind an office desk, you have been given the Spirit of your Father to do greater things. Shine for Him! 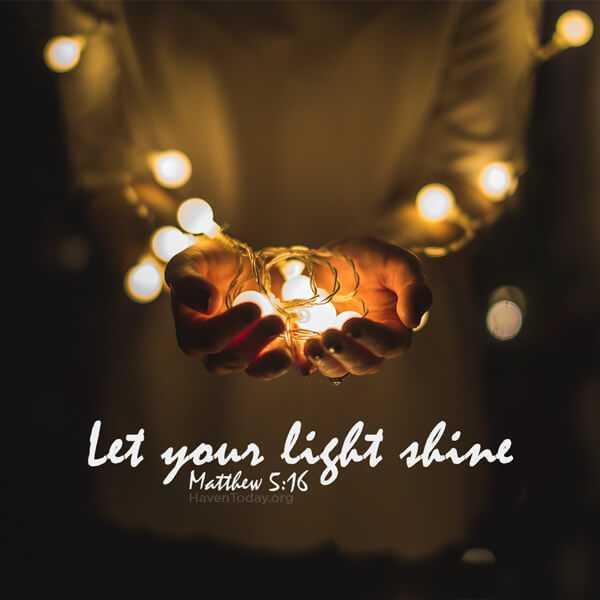 “Let your light shine before men, that they may see your good deeds and praise your Father in heaven.” (Matthew 5:16)