But he was pierced for our transgressions, he was crushed for our iniquities; the punishment that brought us peace was upon him, and by his wounds we are healed.

When I met Will for the first time, he was watching Mel Gibson’s film, The Passion of the Christ, in the prison chapel. He watched as Jesus, already battered and bloodied, was nailed to the cross and crucified on that skull-shaped hill. As Will exited the chapel, tears streamed down his face. I pulled him aside to ask him why he was crying. Will replied, “He died for me. He went through all that so I could live.”

Entering prison was extremely tough on Will, but it was there that he developed a deeper understanding of Jesus’ sacrificial love. He was profoundly moved by knowing Jesus died on the cross so he could be forgiven and start a new life. A few months later Will was among a group of eight men who were baptized and welcomed into the New Life Prison Community.

Contemplating the suffering and death of Jesus throughout the year is a powerful way for us to deepen our understanding of God’s love for us. It’s astounding that while we were still sinners, Christ died for you and for me (see Romans 5:8). 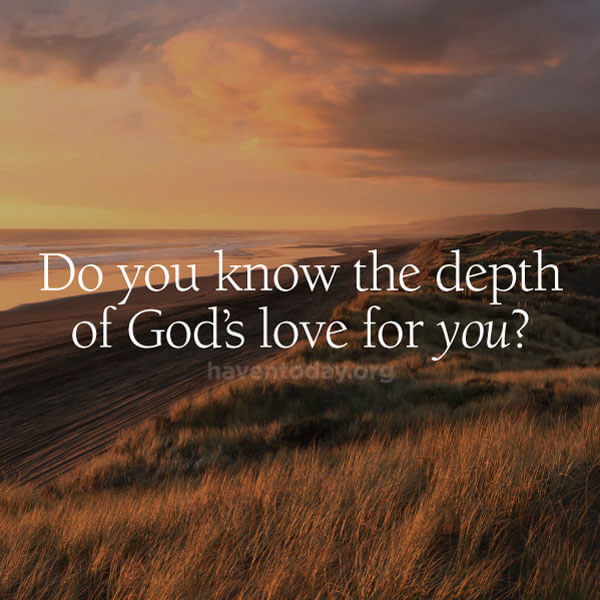 Do you know the depth of God’s love for you? Fix your eyes on the cross to see Jesus giving His perfect life freely for you.