“Still other seed fell on good soil. It came up and yielded a crop, a hundred times more than was sown.”

Jesus used stories to bring out truth as He traveled about with the disciples proclaiming the good news of the kingdom of God. He was accompanied also by many women, some who had been cured of demons and diseases, and others who were influential and financially supported His ministry.

His parable of the sower was told in the hearing of all of these people as well as the large crowds. To this varied assembly of people representing several kinds of “soil,” Jesus spoke. When seed is sown, some of it falls along the path to be trampled and even eaten by birds; some of it falls on rocky soil, springing up but withering without sufficient moisture; some of it falls among thorns, sprouting rapidly but being choked out while fighting for nutrients.

The Holy Spirit will always be at work in the good soil, pulling out weeds which show themselves as lack of rootedness, times of testing, and worries of life. Let Him nurture the seed of your soul while you wait on Him for the harvest. Your faithful God will do it (see Joel 2:23). 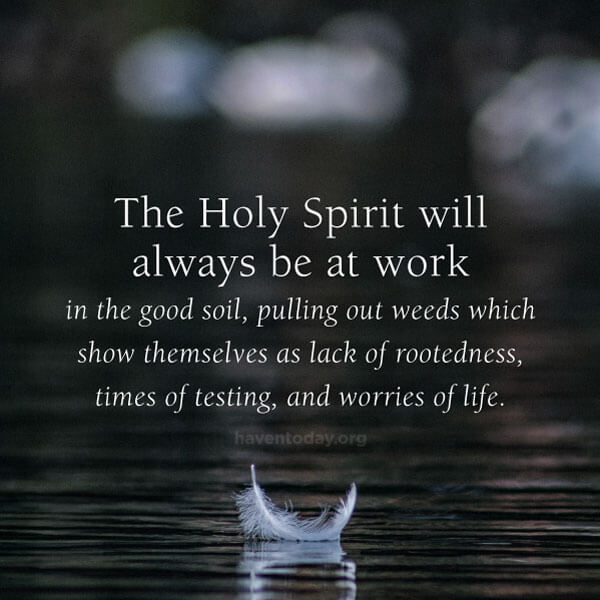 Let the parable of the sower capture your imagination and your heart as you grow, thrive, and produce a crop for Jesus.