“In this you greatly rejoice, though now for a little while you may have had to suffer grief in all kinds of trials.”

1 Peter 1:6
Peter has spent more than a decade helping underground churches carry out their dangerous work in the Middle East. He knows what persecution looks like, and he knows how much the church in Iraq has changed since ISIS started killing people whose government-issued ID calls them Christian. He says that previously Christians in Iraq were “fat, dumb, and happy”… affluent, having no need for God. But the murderous advance of ISIS changed all that. Iraqi Christians discovered that in losing everything, they had a choice: either turn away from God, or turn towards Him.
For some it was too much, but for many who were once just nominal Christians, persecution has brought profound blessing. God has a habit of moving us out of our comfort zones and putting us in situations where we must rely on Him. It’s part of His relational nature. As Pete says, “God is not OK with His people ‘just getting by.’” We were made for more than being comfortable. We were made to worship Him, and sometimes God pulls the rug out to get us onto our knees. 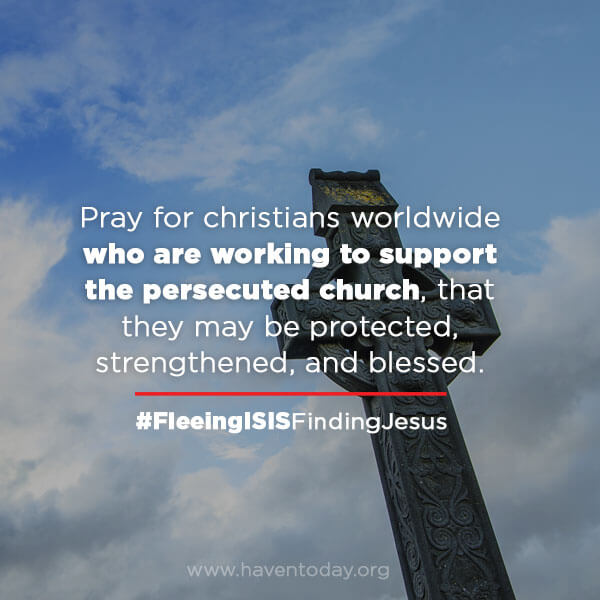 Pray for those christians working to support the persecuted church worldwide, that they may be protected, strengthened, and blessed.