“I want you to know, brothers, that what has happened to me has really served to advance the gospel.”

Before, during, and after my deployment, my wife would receive comments like “What did you expect?” and “Why doesn’t your husband just get out?” Obviously, my wife was no fan of these remarks, but they spoke to a larger reality about the gap between the present culture and the Christian faith. The culture believes suffering is the enemy, while Christians endure it with tears and hope— knowing that it will be used somehow for God’s glory.
Consider Christ, who refused to turn aside from the suffering before Him. He knew He would suffer greatly at the hands of men, and even more so when bearing the wrath of God for sinners. Yet suffering was not His enemy. It was the means by which He would secure His beloved bride—you and me!
If Christ endured such suffering to secure your precious life for God, then you can endure your present sufferings. The same God whose wisdom and love propelled Christ to the cross is the One whose wisdom and love will propel you through dark earthly valleys on your journey to His heavenly glory. 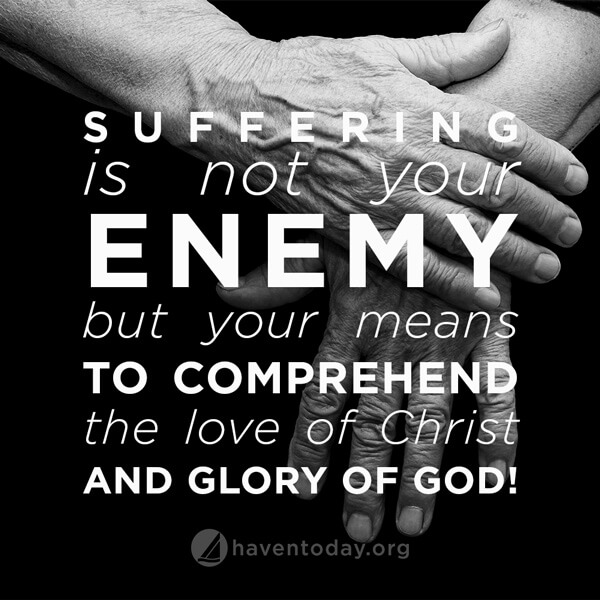 Suffering is not your enemy, but your means to comprehend the love of Christ and glory of God!