“The Word became flesh and made his dwelling among us. We have seen his glory, the glory of the One and Only, who came from the Father, full of grace and truth.”

John 1:14
The incarnation was the only way for Jesus to enter our in-between reality and redeem it. Jesus submitted Himself to the human experience— from conception to birth to physical death. Those are the defining moments for us as sons of Adam and daughters of Eve.
“Man’s maker was made man that He, Ruler of the stars, might nurse at His mother’s breast; that the Bread might hunger, the Fountain thirst, the Light sleep, the Way be tired on its journey; that the Truth might be accused of false witness, the Teacher be beaten with whips, the Foundation be suspended on wood; that Strength might grow weak; that the Healer might be wounded; that Life might die” (Augustine of Hippo, sermon 191.1).
In his gospel account John summarizes in four words what happened to Jesus: “The Word became flesh.” That is Christmas in a nutshell! The pre-incarnate Christ, the very Word of God, who was with the Father in all eternity, enters the scene in a manger, taking on human flesh to accomplish what only He could: the redemption of mankind! 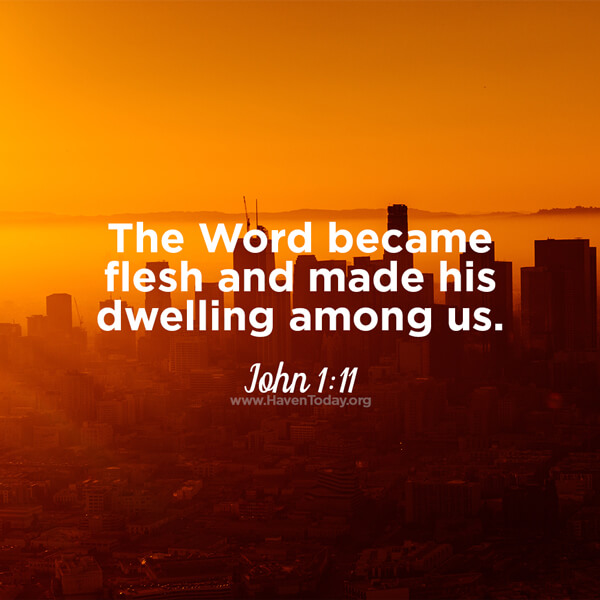 God’s love is so great, he came to us in The flesh. It’s so mysterious, he bundled it into a tiny baby. Be joyful in that!