“If we are thrown into the blazing furnace, the God we serve is able to save us from it, and he will rescue us from your hand, O king.”

In 2015, an extreme heat wave in India and Pakistan claimed over 2,300 lives. In 2014, nearly twice that number of Christians worldwide perished in the heat of persecution. According to Open Doors, “persecuted Christians do not wish to be delivered from the persecution, but rather ask us to pray that they would be able to overcome the trials they are facing in a way that is honoring to God.” What a powerful statement.
The story of Shadrach, Meshach and Abednego tells of three young Hebrew men faced with death for their faith, yet trusting in the “God who is able to save.” They confidently told King Nebuchadnezzar of their God’s power to deliver them from the furnace stoked for those who refused to bow to the golden statue. “But even if he does not, we want you to know, O king, that we will not serve your gods or worship the image of gold…” (v. 18).
Their hope was not in the outcome, but in God’s presence in the furnace. They didn’t know how He would overcome, only that somehow He would, even if in death. 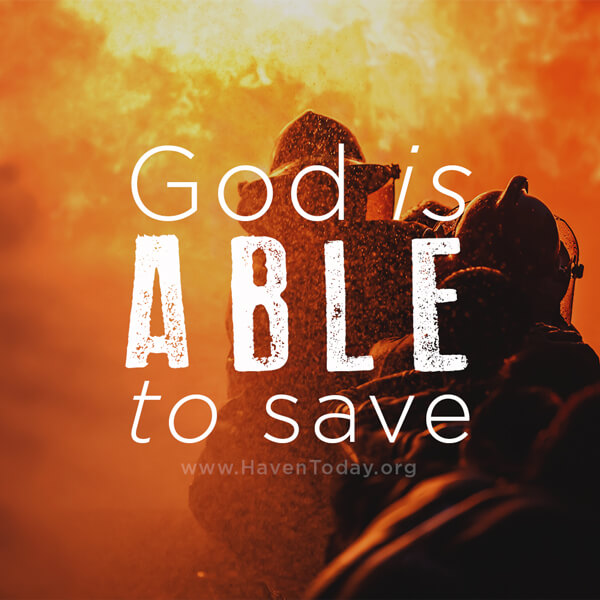 In the midst of life’s trials, don’t place your confidence in deliverance, but in Jesus, who walks with you in the furnace.