“Consequently, faith comes from hearing the message, and the message is heard through the word of Christ.”

Romans 10:17
A young German man named Paul was a typical hippie in the 1970s—into drugs and not into religion. Yet one day he set out on a pilgrimage to India, hoping to find himself and discover the mysteries of faith under the tutelage of a swami. To finance his trip, Paul stopped in Afghanistan, intent on buying opium to carry home for an outrageous profit. The God he didn’t believe in had other plans.
At a guest house in Kabul, some fellow Germans urged him to join them for Easter Sunday services where the guest preacher was Californian, Ray Ortlund, a man who would later became the speaker for Haven Ministries. That night Paul heard the voice of the Lord, committed his life to the Son of God, and soon began a career working for the mission agency Youth With A Mission.
Twenty-four years ago, Paul helped launch the annual 30 Days of Prayer for the Muslim World, a resource which each year equips a multitude of praying Christians. God’s call may come to any of us when we least expect it. Let the Word of truth and salvation transform your life. 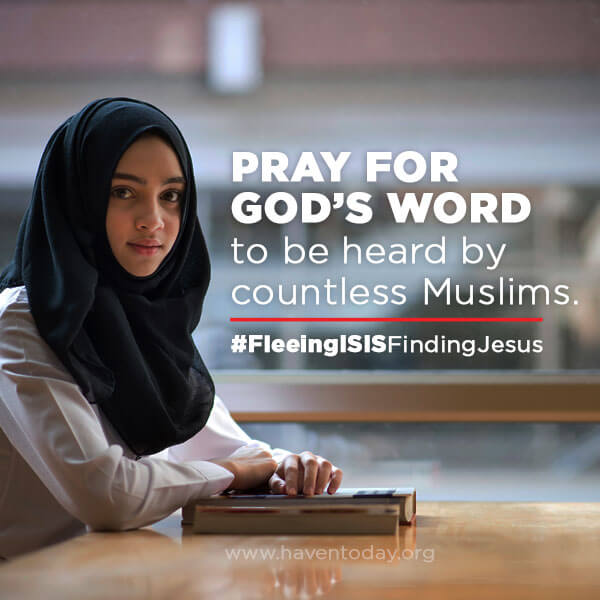 Pray for God’s word to be heard by countless Muslims.