“You also must be ready, because the Son of Man will come at an hour when you do not expect him.”

I’d be remiss if I didn’t remind you that Jesus will come again! This passage confronts us with the fact that Jesus’ return will be as unexpected as the coming of a thief at night. Those who are alert and ready will have the reward of heavenly fellowship with Christ. Jesus reminds us in His teaching through Matthew, Mark and Luke that followers of Christ should be living always in a sense of anticipation of His second coming, actively serving Him and living to honor Him.
Any who have attempted to figure out the day or hour have been wrong. Scripture even tells of the foolishness of such attempts. Yet there is no question that Jesus will return.
“Be ready!” Jesus Himself tells us. Later in Luke 12 (v. 54-56) He speaks of discerning the time. We read that the people of His day had become proficient at interpreting imminent weather patterns, yet they rejected biblical signs of the Messiah’s coming.
Things sound quite similar in our world today, don’t they? As you face each day’s new challenges, prepare for His return! 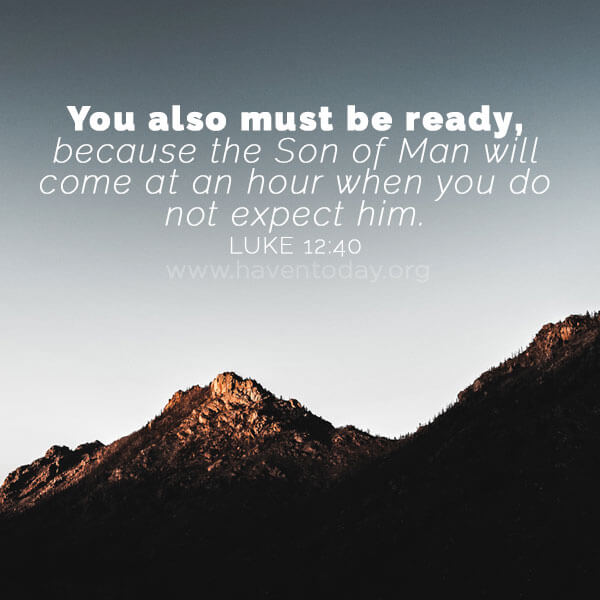 Time is running out. Be right with God!