“But I tell you: Love your enemies and pray for those who persecute you, that you may be sons of your Father in heaven. He causes his sun to rise on the evil and the good.”

Matthew 5:44-45
King Saul was on a rampage, searching everywhere to kill David and protect his rule as king. One day David was hiding in a cave with his men when Saul entered that very cave. But David restrained his men and did not harm Saul, easy target though he was. He told Saul, “Some urged me to kill you, but I spared you; I said, ‘I will not lift my hand against my master, because he is the Lord’s anointed’” (1 Samuel 24:10).
When Jesus said, “Love your enemies,” you can be sure there were raised eyebrows. Jesus showed this kind of love even to His last dying moment on the cross when He prayed for those who were crucifying Him. “Father, forgive them, for they do not know what they are doing” (Luke 23:34).
We live in a world driven by revenge and getting even. That is not Jesus’ way! We ourselves have been the unlovable enemies of Jesus, denying Him and opposing Him all our lives. But He makes it possible for us to love our enemies because “while we were still sinners”—enemies of Jesus, really—“Christ died for us” (Romans 5:8). 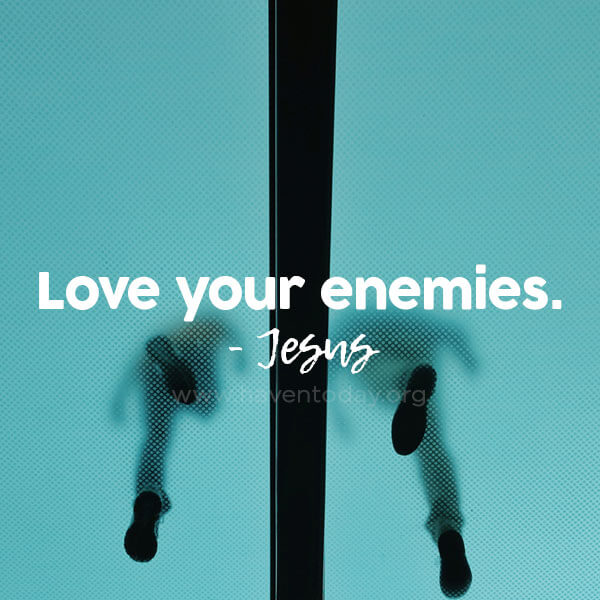 In our own strength it is impossible to love those who hate us. But in Jesus we find a love that goes beyond the natural.