“To him who overcomes, I will give the right to sit with me on my throne, just as I overcame and sat down with my Father on his throne.”

Revelation 3:21
In March of AD 313, Constantine met in Milan, Italy, with the Eastern Roman Emperor, Lucinius. They agreed to grant religious freedom to all citizens, whether Christian or pagan. The Edict of Milan was signed, and Christians rejoiced.

During Constantine’s 31-year reign, he did much for Christianity. He restored buildings back to churches, funded and built new church structures, instated tax exemptions for ministers, and made Sunday a public holiday so citizens could attend worship services.

Constantine raised his own children as Christians. Christianity soon became socially acceptable. But in time, the purity and zeal within the church changed. Historian Bruce Shelley writes, “Prior to Constantine’s conversion, the church consisted of convinced believers who were willing to bear the risk of being identified as Christians. Now many came who were politically ambitious, religiously disinterested, and still half-rooted in paganism.”

Don’t let your passion for the Lord and His church wane in these times of religious apathy. 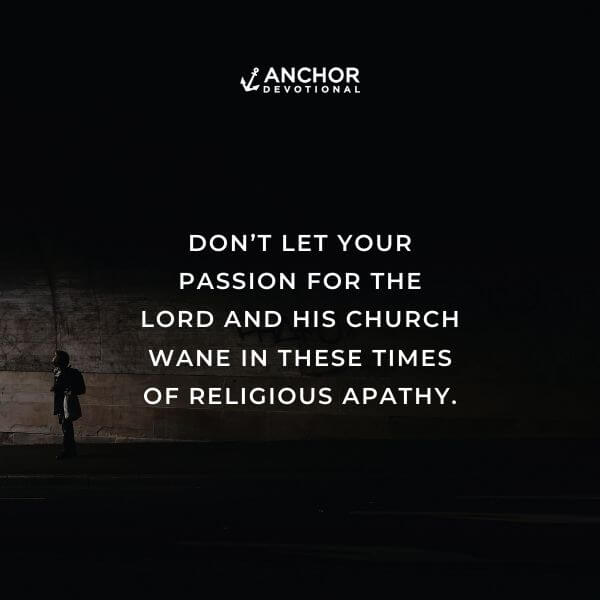 “Is it not a sad thing that after all Christ’s love to us, we should repay it with lukewarm love to him?” (Charles Spurgeon, 1860)