“For the eyes of the LORD range throughout the earth to strengthen those whose hearts are fully committed to him.”

2 Chronicles 16:9
As giant beams of light pierce the darkness when searchlights pan an area, God’s eyes roam the earth, searching out hearts that are faithful to Him. And into those hearts He pours His strength, supercharging them so their light shines and reflects back His glory.
Note from the book of Chronicles how the events of King Asa’s life unfolded. He had led the people of Judah to remove idols, worship God, and fortify their cities. The Lord’s favor was on them. Then Asa compromised. When war was at hand with the king of Israel, Asa sent their own temple treasures to bargain with the Syrian king, saying, “Break your treaty with the king of Israel so he will leave me alone” (see v.3).
It was a critical blunder, as God’s prophet said. “You have done a foolish thing, and from now on you will be at war” (v. 9b).
Choosing to solve his problems in his own strength only made Asa spiral downward the rest of his reign. The Lord’s eyes are on everything. Let the searchlight of Christ wash over you today and keep you yielded to Him. 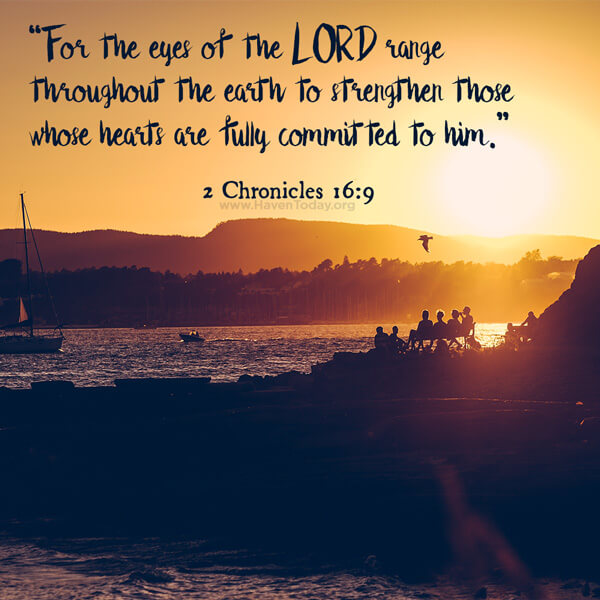 Will we rely on our own resources or count on God’s ever-available strength? Put your trust in Him!