Psalm 103:17-18
Mansor’s story is not unusual these days. A strict Muslim on the fringes of radicalization, he left Afghanistan and sought refuge in Stockholm, Sweden. There he met a pastor who was not like other Christians he’d met. The pastor did not try to speak about the differences between Jesus and Mohammad or persuade that Islam was wrong. Instead, he just listened to Mansor as he raged, and then suggested that together they pray. The power of God fell immediately. Twenty minutes later, feeling stunned but peaceful, Mansor finally regained his voice. “What was that?” He asked. “It was God,” said the pastor.
Mansor returned the following week, asking for more prayer. He came back a third week too, this time holding a shopping bag. “Take this,” he said. “I don’t want it anymore.” Inside was a copy of the Koran. “But can you give me a Bible?” Soon Mansor and his young daughter were both baptized, beginning their new life as followers of Jesus. You can be sure that the everlasting and powerful love of the Holy Spirit is at work! 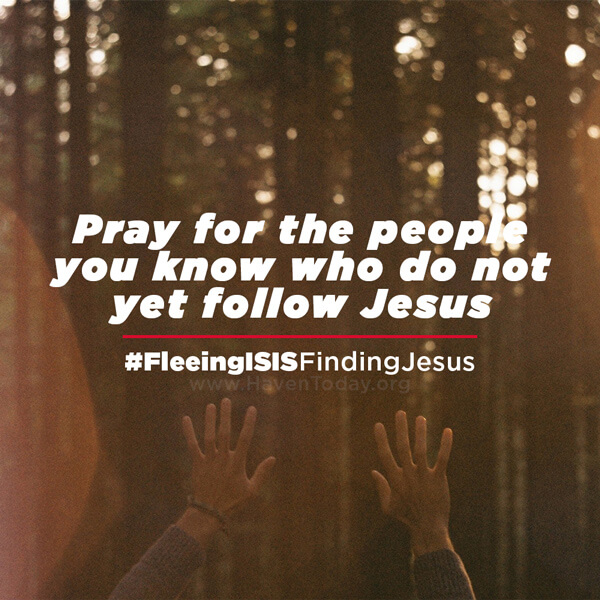 Pray for the people you know who do not yet follow God in their lives.