“‘Do not be afraid. Stand firm and you will see the deliverance the LORD will bring you today…. The LORD will fight for you; you need only to be still.’”

The people of Israel were terrified, and for good reason. God’s pillar of cloud had led them into a blind alley. The mightiest army on earth bore down on them, and they were trapped against the sea with nowhere to run. That was exactly how God had planned it.

Eventually, we will all find ourselves in a situation where there is simply nowhere to turn and run. We’ll feel trapped in the face of the danger that lies ahead. Our souls have an enemy far more deadly than the Egyptian army, and life’s battles are rarely over in a day. Sometimes they last for years.

Regardless of your circumstances, take heart! God did the impossible and parted the seas so His people could walk across on dry ground. He delivered them and destroyed the enemy in one stroke. And this deliverance was a prelude to the great deliverance which was yet to come. It was a picture of the cross.

Through Christ, your ultimate deliverance has already been accomplished. That which threatens you today is in God’s hands. In His time, He will surely deliver you. 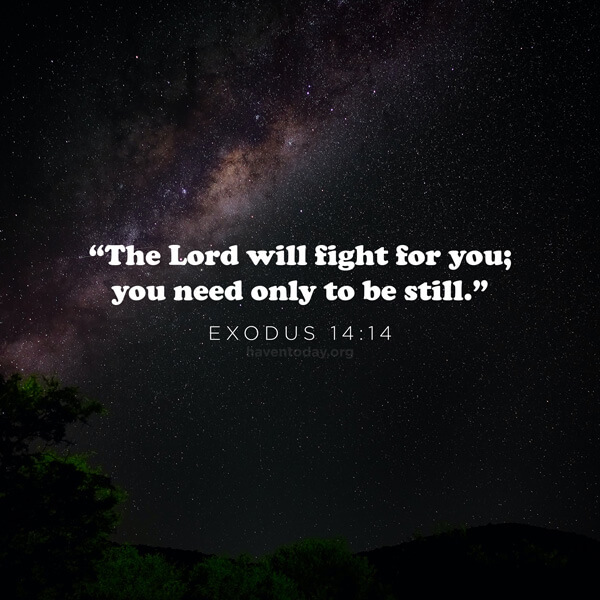 Safety is not found in the absence of danger, but in the presence of the Savior.