“When the sun had set and darkness had fallen, a smoking firepot with a blazing torch appeared and passed between the pieces.”

Genesis 15:17
God promised Abraham his descendants would be as numerous as the stars. Abraham believed God! But then he had questions about the Promised Land. The “how” of it remained elusive.
Do you find yourself with a similar dilemma? You believe God is able, but you cannot see how it can be?
God gave Abraham a sign he would have understood. To sign a contract in Abraham’s day, animals were cut in half and placed on the ground. Both parties would walk between the pieces. This self-binding act said, “If I don’t hold up my end of this bargain, let what happened to these animals happen to me!” Smoke and fire are both symbols of God’s very presence. Abraham knew that God Himself walked alone between the carcasses, binding Himself one-sidedly to His promise.
God was the sole guarantor of His covenant with Abraham as well as His covenant with us. We begin to see the extent of His love and provision. He is willing to pass through death itself to stay faithful to His promises. He would, in fact, do this very thing 2,000 years later. 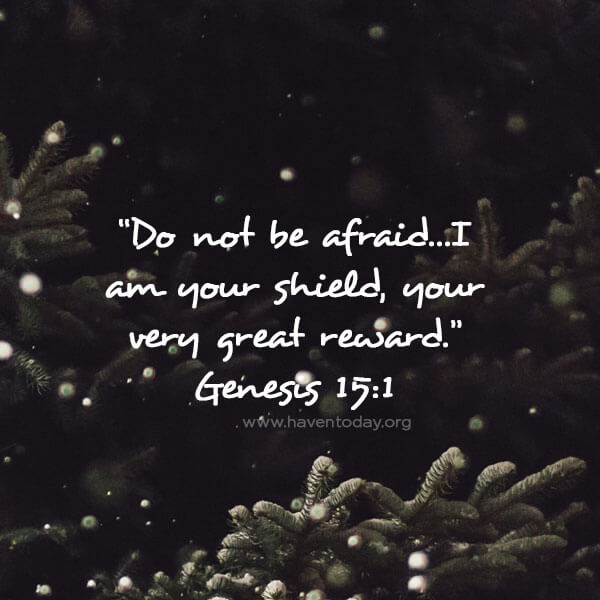 God not only promises blessing, he claims to be the promise! “Do not be afraid, Abram. I am your shield, your very great reward” (15:1).