“He guides me in paths of righteousness for his name’s sake.”

Years ago American missionaries to an eastern European country visited our church seeking volunteers to serve in their summer camp ministry. I wanted to go, but I was afraid. How would I be able to share the gospel with the children there? Was it God’s will for me to go? I prayed and promised the Lord I would take one step at a time. If He opened a door, I would take one more step. I called the missionaries; they were eager to talk. One open door! I learned the cost and the dates of camp. They wanted me on the team. Another open door! The Lord provided the funds. In due time, I flew off for five weeks at a primitive summer camp in a forest a world away from my home.

My interpreter spoke fluent English, so thanks to her translating help, I was able to share the gospel often throughout the weeks of camp. Many opened their hearts to Jesus that summer.

This was just one example of how God directed me in my own life. Take some time to recall how He has led you in the past. His hand was leading and guiding you all the way. 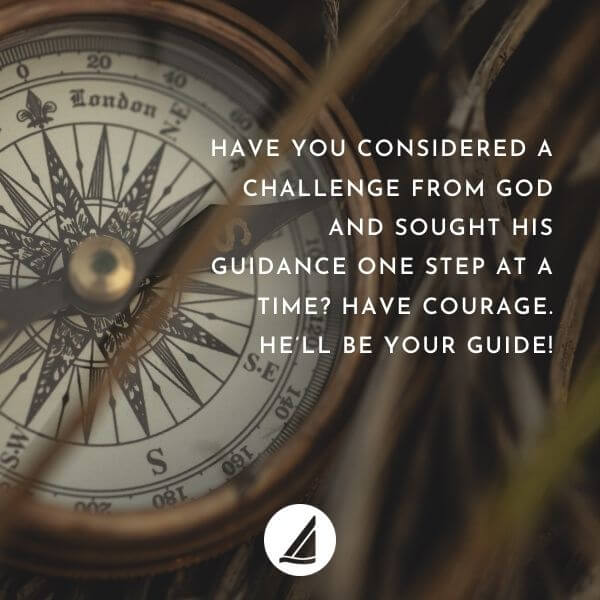 Have you considered a challenge from God and sought His guidance one step at a time? Have courage. He’ll be your guide!