“They tie up heavy loads and put them on men’s shoulders, but they themselves are not willing to lift a finger to move them.”

Here again we see Jesus standing in humble, glorious contrast to the religious leaders of His day. In this chapter Jesus exposes the Pharisees as the frauds they are, denouncing their hypocrisies. He warns the people to do as they say, but not as they do (Matthew 23:3).
In contrast, consider Jesus. He lived among the people. He did not seek a reputation of popularity. He talked to anyone, even the woman at the well—despite her being Samaritan, married five times, and living with a man not her husband. He was criticized by the religious leaders, accused of being a drunkard, and called demon–possessed. They disdained Him and tried to malign Him as a friend of tax collectors and sinners (Luke 7:34).
The Pharisees and Sadducees loaded legalistic burdens onto the people, but Jesus took those burdens upon Himself. Can you see how Jesus changes everything? He invites all who are bent with heavy burdens to come to Him for rest, to take His yoke instead, and to learn from Him how to be gentle and lowly in heart (Matthew 11:28-30). 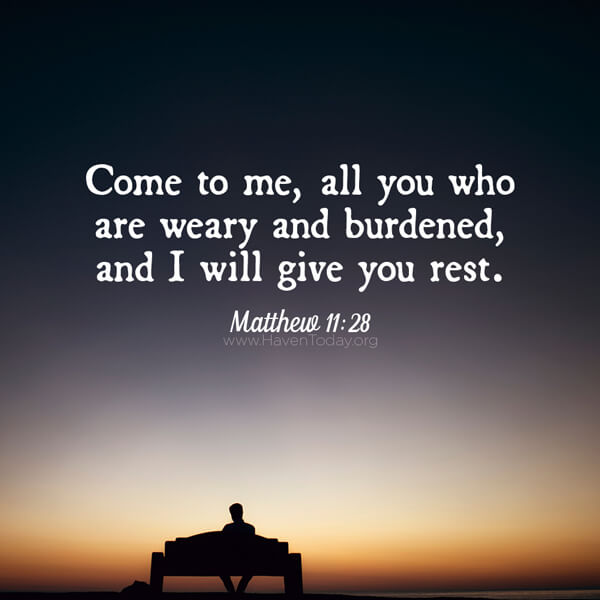 Have you laid your burdens on the friend of sinners? He invites you to come, take, and learn.