“He who covers over an offense promotes love, but whoever repeats the matter separates close friends.”

Proverbs 17:9
Most of us live in a self-defense kind of mode, warding off the attacks or insults of others by self-justifying and blame shifting. We simply speak louder or send more bold and underlined words in our emails. Having seen a lot of these exchanges (and, I’m sorry to say, having been a part of some, too), I finally learned the lesson in Proverbs 17:9. A repeated dispute often can and does end close friendships. Many a divorcée will tell you that it was the over-and-over-again conflicts about the same matters that led to their marriage’s demise.
When Jesus Christ stood before Pilate, He of all people could have defended Himself. But He did not. It was not His purpose. His silence, which amazed Pilate, was part of God’s plan for Jesus. The whole trial–the lashes and abuse, the cruel cross–were all in God’s plan.
Attacking or insulting another never leads to peace and reconciliation. See God’s greater plan for your life: to bring you closer to Him. Quit defending yourself. Jesus has given you a full defense at the cross. 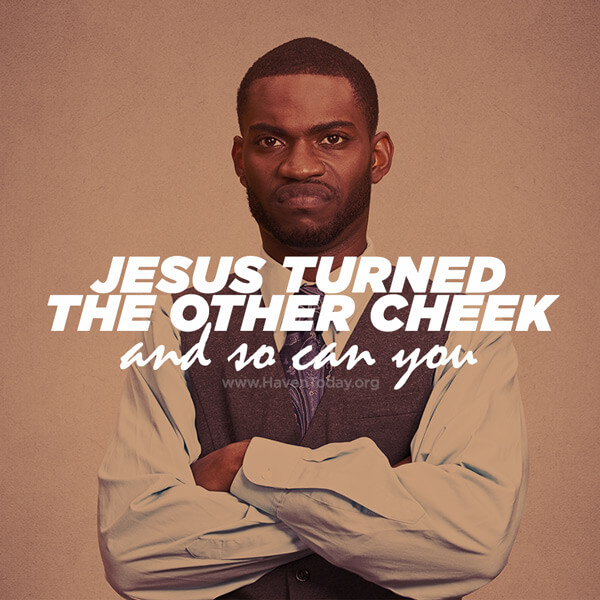 You are fully justified in Him, whatever the state of your sin. So forgive! Jesus turned the other cheek, and so can you.