So Peter and the other disciple started for the tomb.”

Over the last several years our country has witnessed several tragedies that have shaken our sense of safety and security. But in the midst of those news reports, we have felt uplifted and inspired learning about the courage and selflessness of the first responders. Many of them have sustained injury or illness, or even have lost their lives in the process of saving others.

Peter and John were sort of the “first responders” in the after-Easter story. They ran to the scene and found evidence—mystifying as it was—which enabled them to believe. History tells us that Peter was later crucified for his faith and that John was exiled to the island of Patmos where he remained until his death at an old age. While alive, they spread the good news of the resurrected Christ, first in the establishment of the early church and then through their inspired biblical writing.

Do you remember when you first responded to the invitation of Jesus to believe? You may have yet to take that step. Trust and believe that He came to rescue you! 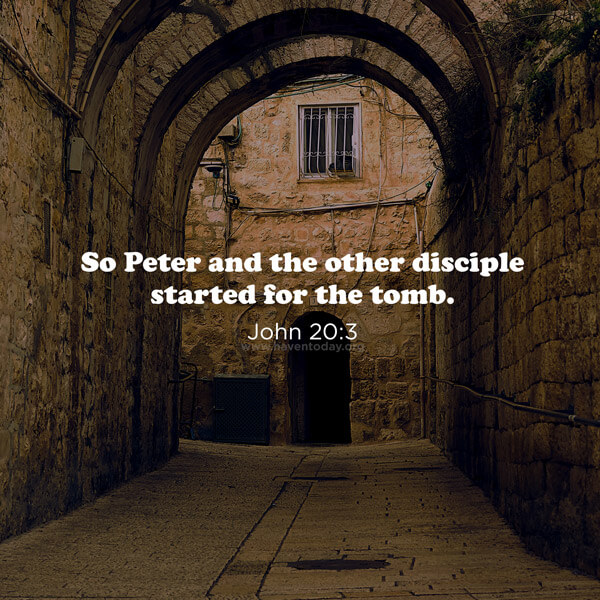 Jesus Christ, your Rescuer, is the first responder to your desperate soul. He gave His very life to come for you.