“But the father said to his servants, ‘Quick! Bring the best robe and put it on him. Put a ring on his finger and sandals on his feet…. Let’s have a feast and celebrate.’”

Have you thought it curious that there is no mention in the story of The Prodigal Son of a bath or of questions about the extent of the son’s brokenness, wounds or hunger? Instead, a robe is given to cover filth and stench, restoring dignity that surely had been surrendered in his time in the far country. A ring is placed on his finger, reflecting his worth. Sandals put on bare, damaged feet enabled the son to stand firmly again. The feast provided nourishment after living in a land of famine. Restoration had begun, and how wonderful it must have been to be washed over in the father’s welcoming love! Notice the parallels to our heavenly Father’s treatment of us.
Following rebellion in my youth, I was welcomed back by loving parents. I learned to walk in Christ’s righteousness as they covered me in a “robe” of forgiveness. I have witnessed many examples of the restorative power of Christ’s forgiveness. It’s a privilege to come alongside of others in this walk of faith, offering to them what we ourselves have received. 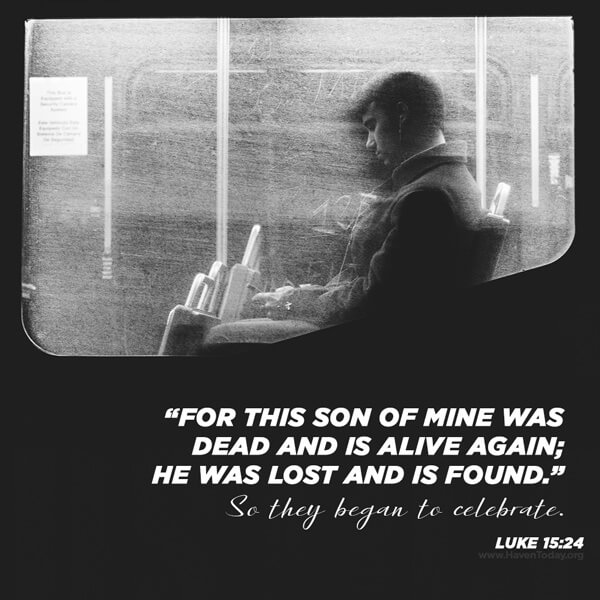 “Brothers, if someone is caught in a sin, you who are spiritual should restore him gently.” (Galatians 6:1)