“He brought them out of darkness and the deepest gloom and broke away their chains.”

Psalm 107:14
With his broken nose and missing teeth, Sherzad is as rugged as the land he’s from. Like so many Kurds from the rocky north of Iraq, he was taught from an early age how to defend himself. Tears were for the weak. By the time he was an adult, Sherzad didn’t just tolerate violence; he embraced it! It was as much a part of his life as eating and sleeping. Pain was just the price of doing business.
Perhaps that is why he was not surprised when he was kidnapped by Islamic terrorists, ransomed, and beaten. He resigned himself to death, having known all along that his life would likely end because of a bullet or a blade. But when he was minutes away from being executed, the room filled with light. Jesus appeared. He called Sherzad to follow Him. That is precisely what he did, and he has been following the Lord ever since.
He reminds me a bit of the Apostle Paul. “I love Jesus,” Sherzad says. “I want everyone to believe in Him. He’s the hope for everyone. If He can rescue and forgive, love and reach me, if He can reach through that rock and help me, then He can do it for anyone.” 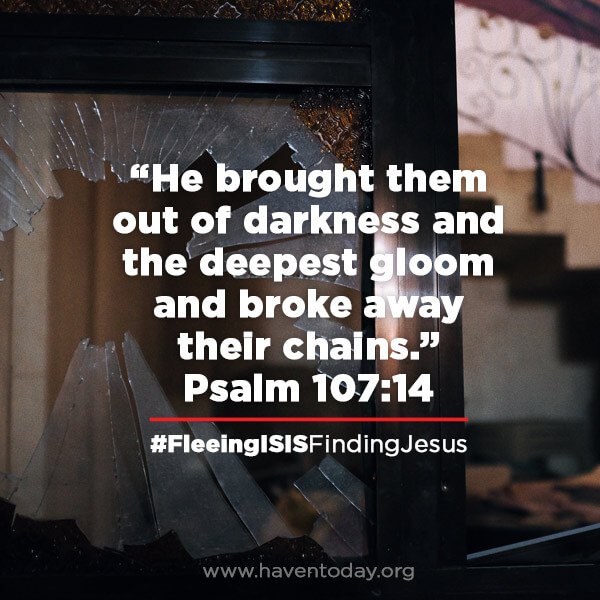 Pray for Sherzad’s protection and that his love of Jesus would continue to inspire others.