“‘I was in prison and you came to visit me…’ The King will reply, ‘I tell you the truth, whatever you did for one of the least of these brothers of mine, you did for me.’”

Back in the early 1980s, I was serving as Director of Haven’s Prayer Ministry while also doing the Friday broadcasts.
One day I received a letter from a woman inmate on death row at a prison in North Carolina. She had been convicted for one crime but was also accused of murdering by poison several other people. She’d been listening regularly to Haven on the radio and said that through it she accepted Christ as her Savior. I sent her materials to read, and we corresponded from time to time.
In 1984 her execution date arrived, and I trust she went on to perfect freedom in heaven. Before her death, Billy Graham commended her for her work with the other prisoners. She had started Bible studies, led prayer meetings, and greatly influenced the spiritual lives of the other ladies in the prison.
I don’t know what actual effect Haven’s broadcasts or my words had on this sister in Christ. But I do know we are all called to encourage one another and build each other up (1 Thessalonians 5:11), remembering that we are honoring Christ when we do so. 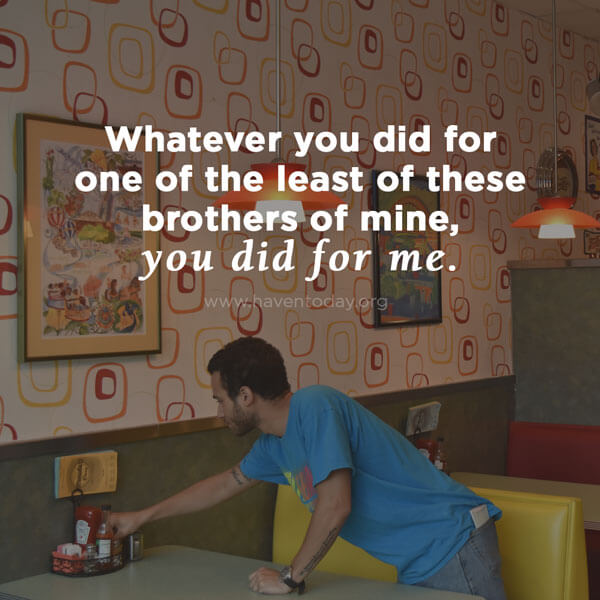 Jim Grams, Haven’s Vice President of Ministry, has prayed for, visited, welcomed, thanked, corresponded with, and spoken to more Haven supporters than we can count.