“When he had received the drink, Jesus said, ‘It is finished.’ With that, he bowed his head and gave up his spirit.”

John 19:30
We’re interested in last words, what people say just before they die. Christians long to hear words of faith and hope in the face of death. In the Mexican town where my family served on the mission field, there was a man named Narcizo. In his 60s he was saved out of his old native religion. A soft-spoken man, he sat quietly in the back of the church service week after week. But just before he died, he told his believing and unbelieving family members at his side that he was happy to be going home. Those final words were immensely heartening to them.
Why can Christians courageously meet death? It’s all because of the final words of Jesus at the end of His earthly life when He met death courageously for us: “It is finished.” Only three words in English, one in Greek, but a whole world of redemption was wrapped up
in them. Jesus’ obedience in the place of rebels and sacrifice in the place of sinners was finished. Those last words offer grace and peace to all who turn from worldly hopes and trust in Him alone. 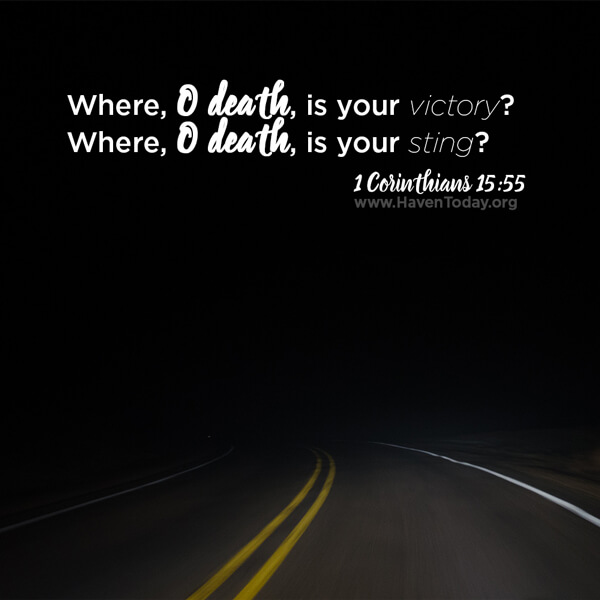