“‘Father, just as you are in me and I am in you. May they also be in us so that the world may believe that you have sent me.”

The whole month of December is often called “the holiday season.” Sometimes Christians refer to Christmas time as “Advent.” Advent means “arrival” and refers to the coming of Jesus, who entered our world as a newborn baby some 2,000 years ago.

This month we will be talking about Jesus’ advent, and in particular, the announcement of His arrival to the shepherds by the angels. It is a familiar part of the Christmas story, but we are going to unpack it and explore the details about what the angels said. It was a lot! Every part of it was for our benefit, and it was all God’s doing.

God knew Jesus’ advent was going to come about. He had promised it over and over from the very beginning of the Bible. So when it happened, He announced it spectacularly. This event was not just a random accident of history, leaving us humans to figure out its significance. No, God always had a plan. And His Son Jesus, the central focus of Christmas, is at the heart and center of it, a plan born out of deep and enduring love for you and me.

This is the fourth Anchor that Tom Hoffman has written for Haven. He lives outside Nashville, Tennessee, with his wife, Rachel, and the youngest of their three children, who has just graduated from high school, thus ending Tom’s 16-year stint as a homeschool dad. Tom is a 1995 Covenant Seminary graduate who, though living daily with a movement disorder called Dystonia (similar to Parkinson’s disease), enjoys being as active as possible with his family, taking in a good concert or movie, and getting out now and then for a road trip. 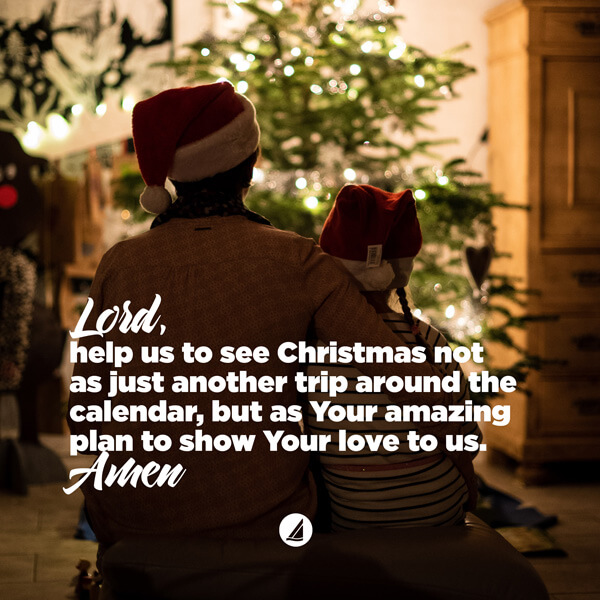 Lord, help us to see Christmas not as just another trip around the calendar, but as Your amazing plan to show Your love to us. Amen