“But thanks be to God that, though you used to be slaves to sin, you wholeheartedly obeyed the form of teaching to which you were entrusted. You have been set free from sin and have become slaves of righteousness.”

Through the early 1960s I attended a Gospel Hall church and found—to my great disappointment—that there were certain things “Christians may not do.” I was told that it was sinful to play cards, to drink alcohol, to smoke, to dance, or to go to movies. I was running headlong into legalism that burdened my conscience and placed a heavy load of guilt on me. My own family of strict Buddhists went to the theater every other Sunday, so consequently I had to lie to avoid going to movies with them. That caused a double-whammy on my conscience, and I was constantly asking Christ to forgive me.

The Buddhist doctrines I was raised in had weighed me down with lists of all I must do and must not do to gain self-righteousness. I wondered if Christianity would demand the same burdensome law-following. After receiving solid biblical counseling, my heart was set free from the oppression of legalism. As a follower of Jesus, we are to maintain peace and unity, obeying God’s laws out of deep gratitude for all He has done for us. 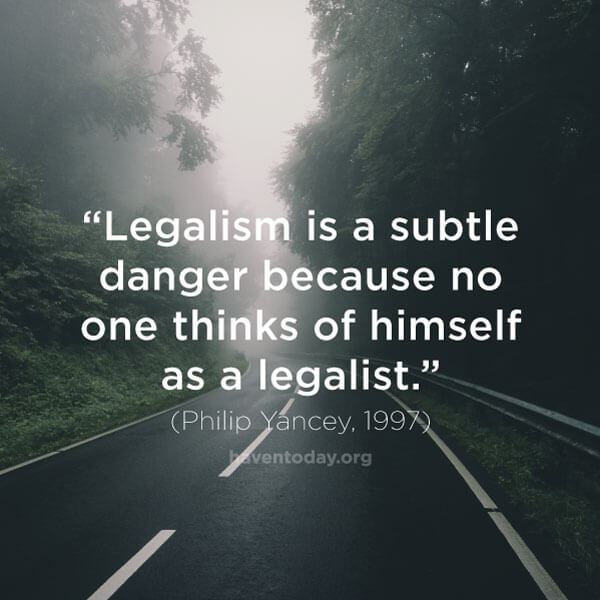 “Legalism is a subtle danger because no one thinks of himself as a legalist.” (Philip Yancey, 1997)