“Carry each other’s burdens, and in this way you will fulfill the law of Christ.”

When 38 planes’ worth of passengers and crew members had been farmed out to hotels, churches, schools, large halls, and private homes, the people of Gander, Newfoundland, and the other surrounding towns began bearing the burdens of the “plane people.” Many of them came alongside of other believers by praying for them.

One couple who was waylaid in Canada for most of the week following 9/11 was Hannah and Dennis O’Rourke. They were agonizing because their son, a New York City firefighter, had not been heard from. On the Wednesday after the terrorist attacks, they were attending evening Mass when Father Heale made a special announcement. “There is a couple here who are missing a son,” he said, “and I ask you to remember them particularly in your prayers.”

Complete strangers who knew nothing about the O’Rourkes covered them in fervent prayers and brought some peace to them while they were stranded in Canada.

Pray for others. Bear their burdens. Take time out of your busy schedule to lift up the heartaches of others. 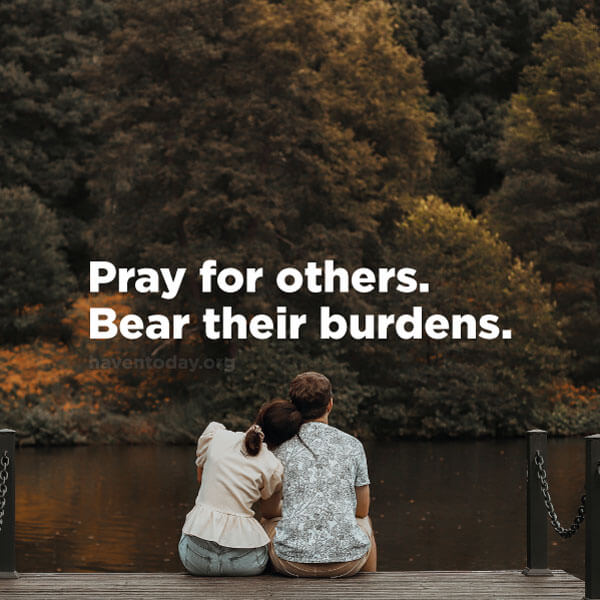