You’ve probably heard the phrase “self-made man” or “self-made woman.” It’s generally used to describe one who comes from humble beginnings to find success (especially financial). The idea of being “self.made” is quite popular today. The problem, according to the Bible, is that being a “self-made person” really is not true.
It’s because of what aseity is. It’s another of God’s incommunicable attributes (attributes which we humans do not have), and it says He exists completely of His own, because He is the only One not created. What God is and does is independent of His creatures and creation. We are not self-made, and in reality, God is not either.
Also, we’re dependent on Him for everything. We need to be reminded that apart from Christ, we “have no good thing” (Psalm 16:2). Rather than being “self-made,” which our idol-making hearts are prone to believe, we “live and move and have our being” (Acts 17:28) in Him alone. This is a comfort to us, because while God does not need us, still He loves us and calls us His own. 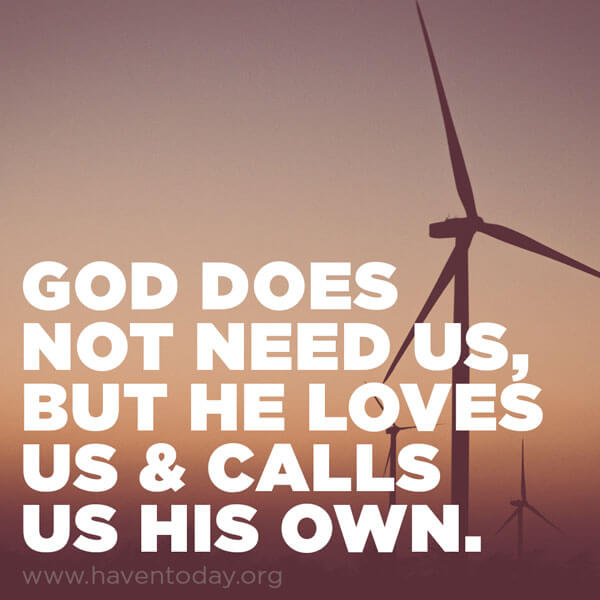 How would it affect your prayers if you grew in trusting that your Father in Heaven is truly the source of all good?