“See that you do not look down on one of these little ones. For I tell you that their angels in heaven always see the face of my Father in heaven.”

Matthew 18:10
The 2011 tornado that decimated a third of the city of Joplin, Missouri, took the lives of 161 people. Among many stories of survival that surfaced after the disaster were reports of angels rescuing children. A small boy who was sucked up into the tornado and then found walking in a field was asked where he lived. When he gave his address, the sheriff asked how he could be six miles from home. “An angel caught me in the sky and brought me here,” the boy replied. Another little girl told of a “giant butterfly angel” covering her with its wings so she and her mother were not crushed by an overturning car. Other accounts were equally stunning.
The Bible gives us small glimpses of angels. The few details we have been told offer these assurances: the Lord’s angels come and go in this world (Hebrews 13:2); the Lord’s angel army is powerful (Luke 2:13); the Lord watches over us more than we could ever imagine (Psalm 91:11). In the eye of life’s storms, you’re surrounded with His care and even with His angels, guarding you each step of the way. 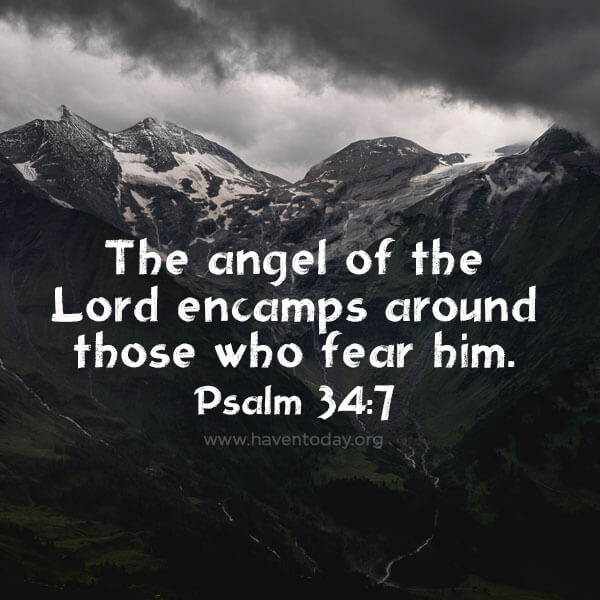 “The angel of the Lord encamps around those who fear him.” (Psalm 34:7)