“It was now about the sixth hour, and darkness came over the whole land…, for the sun stopped shining. And the curtain of the temple was torn in two. Jesus called out with a loud voice, ‘Father, into your hands I commit my spirit.’”

“Growing up attending church, I knew Jesus died for my sins. But I wondered about the ‘darkness’ at the crucifixion, the ‘veil that was torn in two’, and Jesus’ words about committing His spirit into His Father’s hands. It wasn’t until many years later and while I was here in prison that answers began to come.

“I read about atonement and learned that the darkness represents God’s divine judgment. God brought total darkness as He released His deep wrath over sin on His only Son. During the three hours of nightime in the afternoon, Jesus paid the penalty for all our sin. He willingly offered Himself as the spotless Lamb, sovereignly giving His life. The tearing in two of the temple curtain shows that God not only accepted the sacrifice, but also welcomed from that moment on anyone to come to Jesus without barrier, without an offering, without a priest. Total access to God is ours through Jesus!

“I am grateful to understand what a wonder it is that I can approach God’s throne freely and boldly because of Him.” 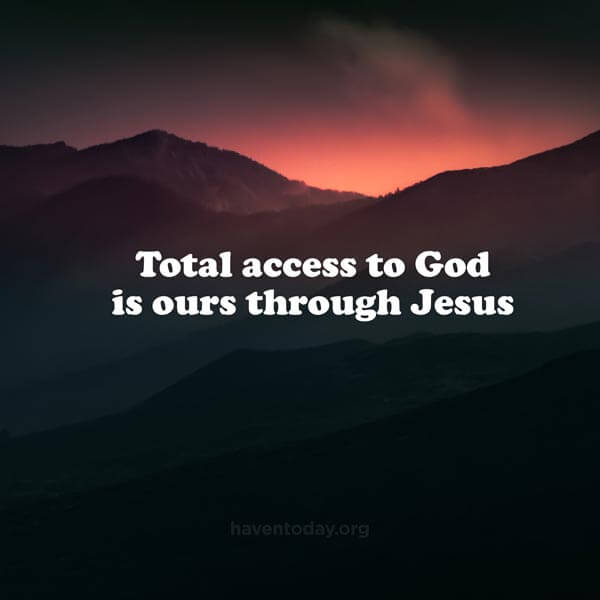 Pray for Drew, 34, who has served six years of a nine-year sentence, as he clings to the perfect and beautiful atonement of the Lord.