“The wind blows wherever it pleases. You hear its sound, but you cannot tell where it comes from or where it is going. So it is with everyone born of the Spirit.”

John 3:8
For 1,400 years Islam has expanded across the oceans, mountains, and deserts of the world. From the beaches of West Africa to the archipelago of Indonesia, in 49 different nations, the world is home to 1.6 billion Muslims. Larger than any of the great empires of history, a quarter of the world’s population follows this religion in varying aspects of their lives.
Until now, it was rare for a Muslim to convert to Christianity. The first whisper blew in the late 19th century with the first recorded free and indigenous movement of Muslims coming to faith in Christ in the Dutch East Indies. In the 1980s and 90s, the breeze picked up worldwide as more Muslims bowed to the cross of Jesus.
Christian scholar David Garrison has identified 64 movements of Christ followers. You won’t hear this in the mainstream media, but according to Dr. Garrison, a wind is blowing through the House of Islam. Join with me in this month’s Anchor to grow more aware of the influence of Jesus Christ on Muslims and grow deeper in our own walk with Him.

Charles Morris is a former secular journalist, having worked for United Press International. For the past 17 years he has served as the speaker and president for Haven Ministries. Charles and his wife Janet have three grown children and alternate living and working between Haven offices in southern California and Vancouver, BC. Craig Borlase is a bestselling British author of more than 40 books. Living outside Oxford, he is a husband and father of four, a former high school teacher, former worship musician, and former charity worker. 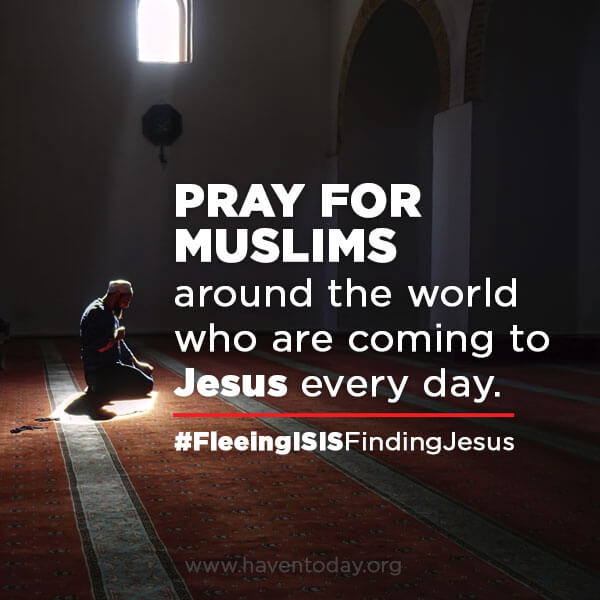 Pray for the wind of the Holy Spirit to keep blowing, calling muslims to faith in Jesus Christ from the four corners of the earth.