“Turning toward the dead woman, [Peter] said, ‘Tabitha, get up.’ She opened her eyes … and sat up. … This became known all over Joppa, and many people believed in the Lord.”

Acts 9:40-42
A disciple named Tabitha lived in Joppa. She had a heart of compassion and used her God-given talent with a needle and thread to make clothing for the poor. I’ve known people who serve the Lord in this way and endear themselves to many through their quiet work. I imagine Tabitha was loved like that.

When she became sick and died, some friends ran to the next town to fetch Peter. He came to the upper room where the body had been prepared for burial and found several widows there, grieving. They showed Peter some of the lovely garments their friend had sewn. With the resurrection power of the risen Christ, he said, “Tabitha, get up.” She sat up, and he presented her alive to the stunned and now-joyous mourners.

God used the death and resurrection of this dear servant of His to add even more people to the thriving young church. Tabitha’s life was a testimony for the importance of serving the poor. Again we marvel at how God uses trials and even death—most wondrously, the salvation-giving death of His Son—to bring people to faith. 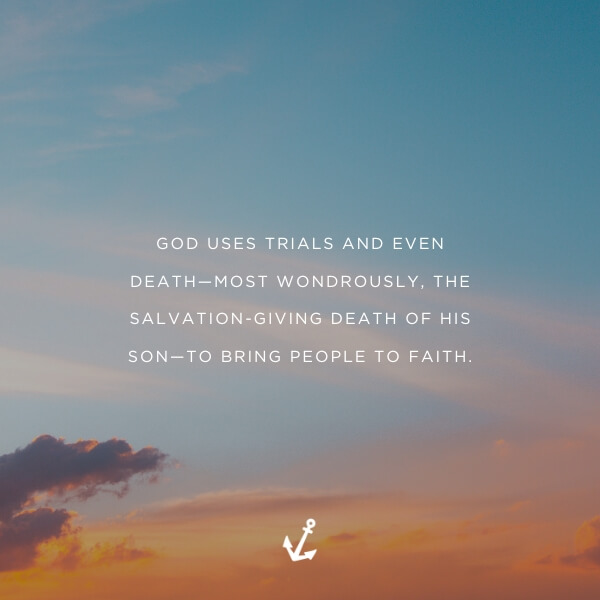 “And we know that in all things God works for the good of those who love him, who have been called according to his purpose.” (Romans 8:28)