“The LORD Almighty is with us; the God of Jacob is our fortress.”

Psalm 46:11
Martin Luther, the German-born Protestant Reformer who labored tirelessly to spread the message of God-given righteousness by faith in Christ, was no superhero. He was often tired and discouraged. In those times, it’s said he would turn to his colleague Philip Melanchthon and say, “Let’s sing the forty-sixth psalm.” A Mighty Fortress is Our God, written by Luther and sung today in almost every known language, is based on this psalm.
Verse two of the hymn captures the confidence God’s people have: “Did we in our own strength confide,/ our striving would be losing,/ were not the right Man on our side,/ the Man of God’s own choosing./ You ask who that may be?/ Christ Jesus, it is he;/ Lord Sabaoth his name,/ from age to age the same;/ and he must win the battle.” Lord Sabaoth, reflecting the Hebrew (v. 7, 11), means “the commander of heavenly armies.”
Five hundred years ago today Martin Luther nailed his 95 theses to the church door. The Lord of the heavenly armies still calls to unworthy sinners like you and me, all because of Jesus. 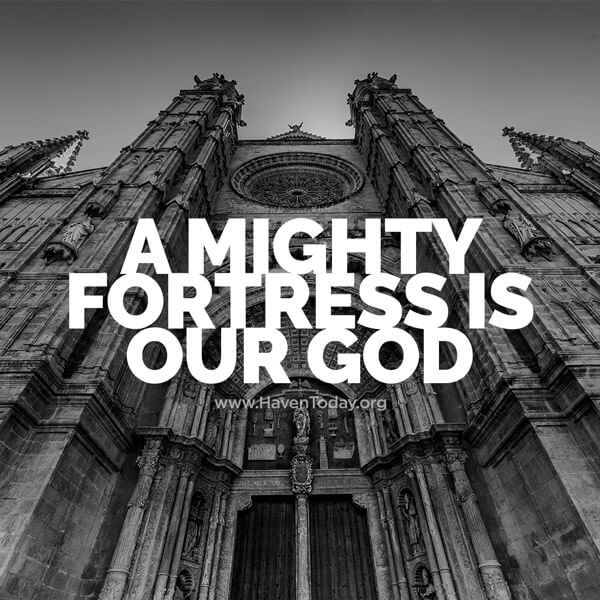