“Then the word of the LORD came to Jonah a second time: ‘Go to the great city of Nineveh and proclaim to it the message I give you.’”

Jonah 3:1-2
More Muslims have become Christians in the last 40 years than in the 14 centuries that preceded them. In 2017 we are living in “The Golden Age” of Muslims coming to Christ. Why? According to Middle East-born evangelist Naser Hani, there are three possible reasons. First, more people have been praying for the Muslim world than ever before. Second, in this age of terror and violence, Islam is no longer making sense to many of the people who have been brought up to follow it. They pray five times a day for years on end, yet Allah remains silent.
But the third and main reason is this: God is calling Muslims back to Him. We see it throughout the Bible, especially in the story of Jonah. In spite of Jonah’s lack of enthusiasm for the task and the Assyrian’s wrongdoing, God called an entire group of unbelievers to Him. That same power and grace is in evidence today. It is a “Golden Age,” and the Lord invites each of us to play a part in it. Pray for the church worldwide; seek to make it known in your own family and neighborhood. 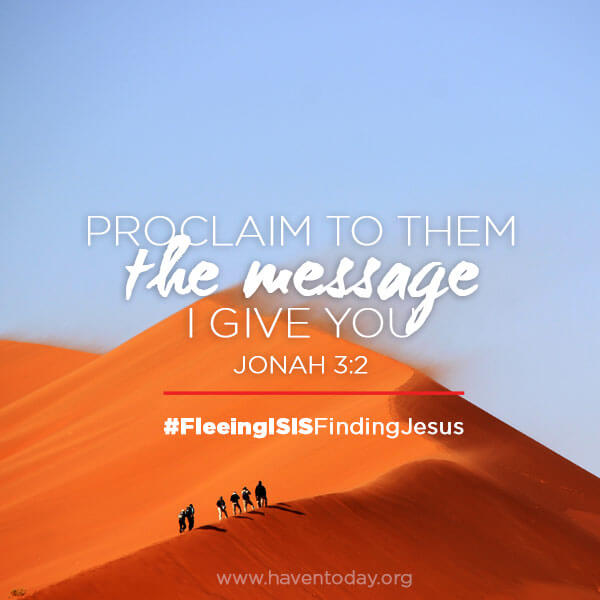 Pray for the courage and the opportunity to play your part in this golden age of the Gospel taking root around the world.