The Amazing Story Behind Handel’s Messiah 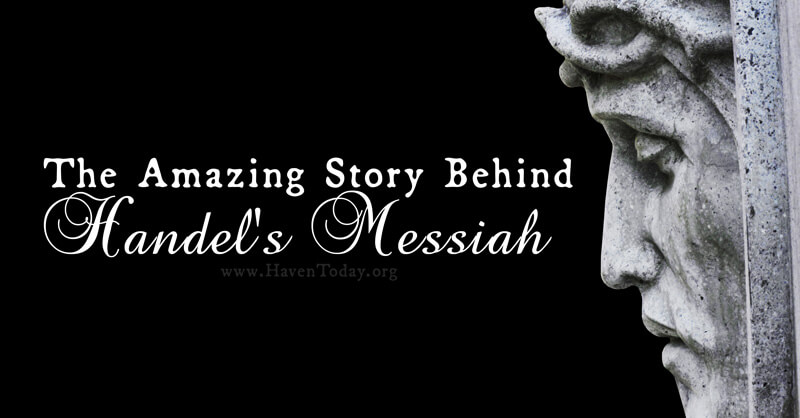 While you’re out shopping this Christmas season, listen closely: there’s a good chance that the background music you’ll hear is Handel’s Messiah. It’s the classical music we most associate with Christmas—especially the Hallelujah chorus, and it’s a major trigger for stirring up those warm feelings of fireside yuletide.

The words to the piece are a distillation of Christian doctrine, written by a scholar of Handel’s day named Charles Jennens. Jennens wanted to counteract all of the secular thinking of the day and teach those who preferred concert halls to church pews the rudiments of the Christian message. He drew his text from the Bible and the Book of Common Prayer.

In 1741, George Frideric Handel, already a famous composer of his time, wrote it for the Easter holiday, but the music got quickly pegged for Christmas performances. There was a glut of music to play on the Easter holiday already, explains Jonathan Kandell for Smithsonian Magazine, but not many that told the story of Jesus being born.

Of the three parts in The Messiah, Jesus’ birth is certainly the more fun to celebrate. Everyone loves babies and Jesus’s arrival is what all of human history had been waiting for, what all of the Bible leads up to. Jesus as a baby—that’s accessible to adults and kids alike.

Charles Jennens’ work, put to music in just 24 days, was one of Handel’s favorite pieces. He always had The Messiah played at his benefit concerts. And eight days before he died, as his health was failing, he heard The Messiah performed by the Theatre Royal.

It’s one of the best-known musical works of the Baroque period and one of the most-played Classical pieces of them all. Mozart reorchestrated the oratorio but was adamant that he couldn’t improve upon Handel’s work. Beethoven said of Handel: “He is the greatest composer that ever lived. I would uncover my head and kneel before his tomb.”

Isn’t it appropriate that Handel wrote The Messiah for Easter, yet we celebrate it on Christmas? Jesus was born, not to model life for us, but to die. To end His life in a horrific way in place of our transgressions.

As you play your favorite version of The Messiah in your own home—maybe when you’re decorating the house, as I was—make sure you use it not only to celebrate the warm Christmas season, but also to help remind you of Easter Sunday, the holiday that heralds a happier day than Christ’s birth, the day he was resurrected from the grave to life. Because without that resurrection, his birth was nothing and our hope is foolish. 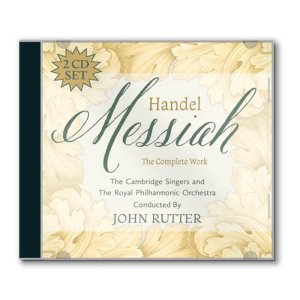 Combine the premier choral conductor of our time; the elite Cambridge Singers; the Royal Philharmonic Orchestra; and Handel’s timeless Baroque score, and you have the ultimate musical celebration for Christmas or Easter!

Every word on this 2-CD set comes from Scripture and exalts the name of Jesus! The prophetic words of Isaiah, Haggai, Zechariah, and Malachi will help you anticipate the coming Messiah. And then, in the words of Matthew and Luke, the angels suddenly appear to the shepherds singing that familiar chorus, Glory to God in the highest! Peace on earth, good will towards men.