The Original Songs of Christmas 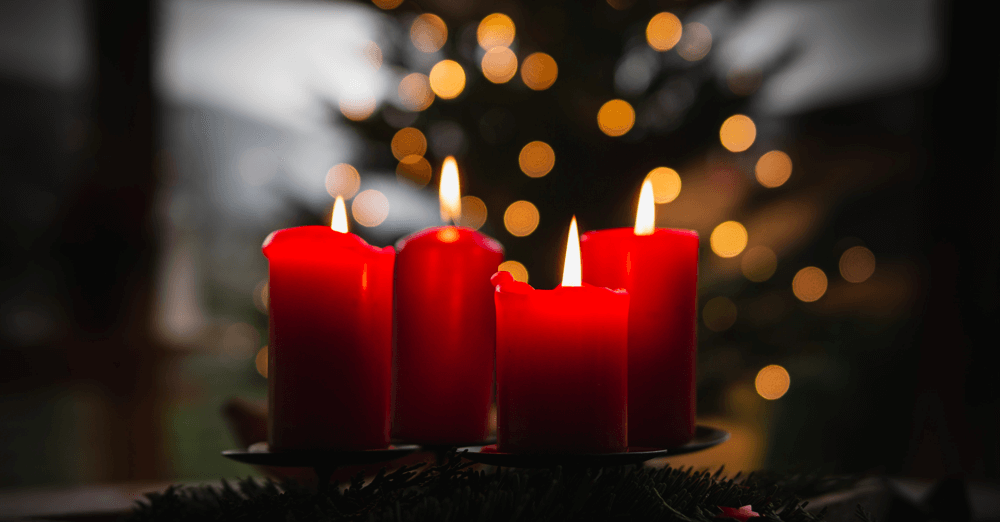 Christians have been singing Christmas carols for the past 2,000 years, but it’s sometimes easy to forget that the Lord preserved his own inspired song lyrics for Christmastime. In the Gospel of Luke, not only do we get amazing stories of someone breaking out in a new song to the Lord, but we also have the added gift of reading the words to these songs.

This burst of songs at the beginning of Luke’s Gospel signifies that something important has already happened and so much more will happen soon. God’s people frequently mark salvation events in their lives by singing about them. And by singing it over and over again, the story becomes a part of who they are. They remember why they wrote the song in the first place, and what the words have to say about God’s act of salvation.

Today, we can look back at these five songs and allow them to become a part of our own journey of faith as we celebrate Christ this Christmas.

In this song, Mary exhibits an amazing sense of humility and humble dependence on the Lord. It’s easy to overlook humility, but when Mary begins singing her song, it’s easy to see that she doesn’t shine any light on herself.

If you put yourself in Mary’s shoes, a young woman, unmarried (which is dangerous in her context, she could be stoned for being pregnant and unmarried!), you might expect her to cry out, “Why me Lord?” Instead, we simply see humility and humble dependence.

“My soul glorifies the Lord
and my spirit rejoices in God my Savior,
for he has been mindful
of the humble state of his servant.
From now on all generations will call me blessed,
for the Mighty One has done great things for me—
holy is his name.
His mercy extends to those who fear him,
from generation to generation.
He has performed mighty deeds with his arm;
he has scattered those who are proud in their inmost thoughts.
He has brought down rulers from their thrones
but has lifted up the humble.
He has filled the hungry with good things
but has sent the rich away empty.
He has helped his servant Israel,
remembering to be merciful
to Abraham and his descendants forever,
just as he promised our ancestors.”

Zechariah and Elizabeth are well-advanced in years. They hear the news that Elizabeth will give birth, and Zechariah, like Abraham in Genesis, is dumbfounded saying, “How can I be sure of this? I am an old man and my wife is well along in years.” Zechariah’s dumbfounded disbelief leaves him silent, leaving him to live the next nine months with his mouth sealed.

Thankfully, when Zechariah names the baby John, the same name the Angel had commanded, his mouth is opened, his tongue is loosed, and he immediately begins praising God.

“Praise be to the Lord, the God of Israel,
because he has come to his people and redeemed them.
He has raised up a horn of salvation for us
in the house of his servant David
(as he said through his holy prophets of long ago),
salvation from our enemies
and from the hand of all who hate us—
to show mercy to our ancestors
and to remember his holy covenant,
the oath he swore to our father Abraham:
to rescue us from the hand of our enemies,
and to enable us to serve him without fear
in holiness and righteousness before him all our days.

“And you, my child, will be called a prophet of the Most High;
for you will go on before the Lord to prepare the way for him,
to give his people the knowledge of salvation
through the forgiveness of their sins,
because of the tender mercy of our God,
by which the rising sun will come to us from heaven
to shine on those living in darkness
and in the shadow of death,
to guide our feet into the path of peace.”

This song comes in the middle of the story of the angels appearing to the shepherds outside Bethlehem. They sing, “Glory to God in the highest heaven, and on earth peace to those on whom his favor rests.” The word favor, in the original language, is also the word we hear proclaimed over Jesus at his baptism and transfiguration.

In these words, we get a proclamation, something that seems like a worship song mixed with a blessing. The first half ascribes worship to the Lord: “Glory to God in the highest heaven!” The second half a blessing, “and on earth, peace (or Shalom), among those with whom he is pleased!”

And there were shepherds living out in the fields nearby, keeping watch over their flocks at night. An angel of the Lord appeared to them, and the glory of the Lord shone around them, and they were terrified. But the angel said to them, “Do not be afraid. I bring you good news that will cause great joy for all the people. Today in the town of David a Savior has been born to you; he is the Messiah, the Lord. This will be a sign to you: You will find a baby wrapped in cloths and lying in a manger.”

Suddenly a great company of the heavenly host appeared with the angel, praising God and saying,

“Glory to God in the highest heaven,
and on earth peace to those on whom his favor rests.”

When the angels had left them and gone into heaven, the shepherds said to one another, “Let’s go to Bethlehem and see this thing that has happened, which the Lord has told us about.”

So they hurried off and found Mary and Joseph, and the baby, who was lying in the manger. When they had seen him, they spread the word concerning what had been told them about this child, and all who heard it were amazed at what the shepherds said to them. But Mary treasured up all these things and pondered them in her heart. The shepherds returned, glorifying and praising God for all the things they had heard and seen, which were just as they had been told.

In the following passage, Simeon realizes that he isn’t just holding a newborn baby, he’s holding God’s salvation for the world. All through the Old Testament, God gave us pictures of his Messiah, but now Simeon was actually holding him in his arms and seeing him with his own eyes. Imagine the excitement he must have felt after waiting for the Messiah all these years! And so he raised his eyes to heaven and solemnly sang a song praise to the Lord.

Now there was a man in Jerusalem called Simeon, who was righteous and devout.  He was waiting for the consolation of Israel,  and the Holy Spirit was on him. It had been revealed to him by the Holy Spirit that he would not die before he had seen the Lord’s Messiah. Moved by the Spirit, he went into the temple courts. When the parents brought in the child Jesus to do for him what the custom of the Law required, Simeon took him in his arms and praised God, saying:

“Sovereign Lord, as you have promised,
you may now dismiss your servant in peace.
For my eyes have seen your salvation,
which you have prepared in the sight of all nations:
a light for revelation to the Gentiles,
and the glory of your people Israel.”

Anna was a prophet in the temple the day Mary and Joseph brought the baby Jesus in to be dedicated to the Lord. She received Jesus as the greatest gift in the world—a gift so great, so wonderful, and so full of goodness, she didn’t need anything else. And then she told others about him.

To get Anna’s song, Luke must have talked to Mary, who would have been an elderly woman by then. Luke wrote, “Mary treasured all these things up in her heart.” She stored up those memories like gold and kept them all those years and then told Luke how it all happened. How the angel appeared to her, how she and Joseph went to Bethlehem to have the baby, and how she and Joseph took the baby to the temple to be dedicated and met Simeon. Then Luke tells us about Anna:

There was also a prophet,  Anna, the daughter of Penuel, of the tribe of Asher. She was very old; she had lived with her husband seven years after her marriage, and then was a widow until she was eighty-four. She never left the temple but worshiped night and day, fasting and praying. Coming up to them at that very moment, she gave thanks to God and spoke about the child to all who were looking forward to the redemption of Jerusalem.

Though we don’t have the words of Anna’s actual song, we can know it as a song we should all have in our hearts this Christmas—a song that is willing and excited to tell others about Jesus.